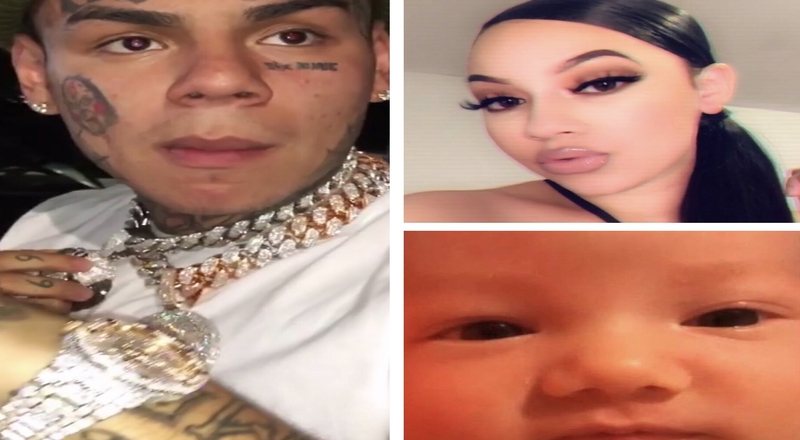 Tekashi 6ix9ine’s rise and fall has to be one of the craziest out of every artist in recent memory. He was buzzing this year with tracks such as “Gummo,” “Stoopid,” featuring Bobby Shmurda, and “FEFE” featuring Nicki Minaj and Murda Beatz. He also released his debut album “Dummy Boy” last month which peaked at No.2 on the Billboard 200. Now, he’s facing a potential life sentence for murder conspiracy, weapons, assault, and racketeering charges.

Recently, Instagram model @Layna_X3 filed a paternity suit claiming that 6ix9ine is the father of her baby. She posted a now deleted photo to IG of 6ix9ine and the baby trying to show how they look alike. She said “This annoying to have to post. But yall see wassup.”

If 6ix9ine does have to pay child support and is unable to from prison, it will make it that much tougher to beat his current fed case. Along with the extra baggage from the baby mama legal issue, he was also issued an arrest warrant for assaulting a Houston teenager in January for trying to take a photo of him.

Check the photo comparison out below and you be the judge.

Continue Reading
You may also like...
Related Topics:6ix9ine, layna

More in Hip Hop News
Sad News! August Alsina Loses His Sister On Christmas Day to Cancer
21 Savage Says Diss Record Towards Him And Migos By Layzie Bone Is Wack And That He Had To Go Harder On Christmas [VIDEO]