Home » Hip Hop News » Tekashi 6ix9ine’s Baby Mama, Layna, Says He Still Hasn’t Met Their 2-Year-Old Daughter After His Other Baby Mama Also Called Him Out For Not Seeing Their Daughter 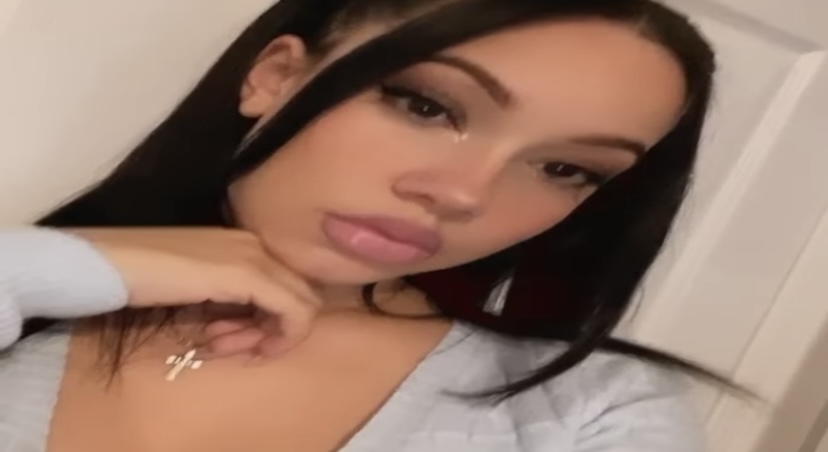 Last week, one of Tekashi 6ix9ine’s baby mamas, Sara Molina, blasted him to TMZ. Here, she revealed that she didn’t let the Brooklyn rapper see their daughter for Christmas due to him being out of the child’s life. In August, 6ix9ine supposedly said he’d be more involved but that never happened.

Now, 6ix9ine’s other baby mama, who goes by Layna on Instagram, claims he’s not handling his responsibilities as a father as well. She put up a post on Instagram saying how he still hasn’t met their 2-year-old daughter. She also revealed that she wrote a letter to get him out of prison when he was incarcerated at the time.

“DANIEL still hasn’t MET our 2 year old daughter,” Layna wrote. “I stay lowkey and struggle in quiet and get sh*t done on my own. no help no childsupport everything done is all me on my own. Im the one that wrote a letter to help him get out TO MEET OUR DAUGHTER not for him to neglect and abandon her. I’ve gotten no phone call no attempt to see the baby and he lives not far from me theres no excuses.”

As of now, 6ix9ine hasn’t addressed either Sara or Layna. He’s been very low key on social media for the past except this last weekend when he dissed Lol Durk and the late King Von.

Continue Reading
You may also like...
Related Topics:6ix9ine, layna

More in Hip Hop News
D Castro creates “Industry Connect,” the largest room on Clubhouse, the popular rising app that is bringing everyone together
Teairra Mari has a new boyfriend; “Love & Hip Hop Hollywood” star posts pics, on IG Story, of her kissing a man that she calls “Daddy,” and word is that he is Ari’s manager #LHHH