Home » Articles » Tekashi 6ix9ine’s Baby Mama, Sara Molina, Calls Out His Girlfriend Jade After Saying Nine Trey Bloods Had Sex With Her; Says 6ix9ine Got With Jade While She Was Still With Him [PHOTOS] 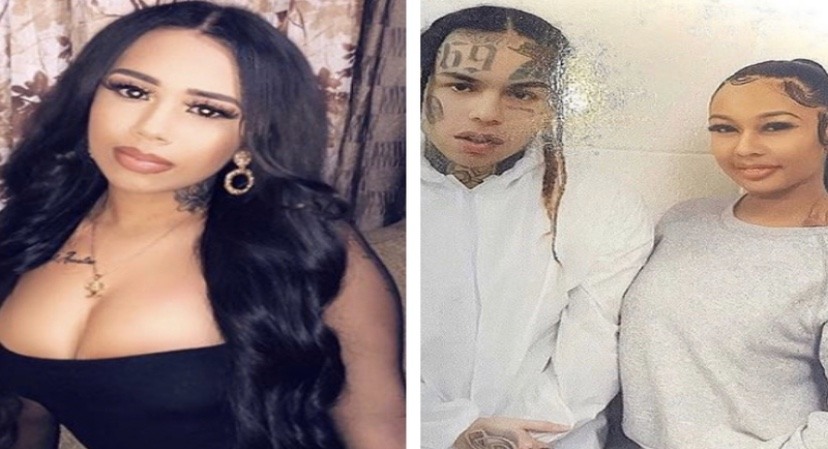 Today, it was announced that Tekashi 6ix9ine would not be allowed to serve the rest of his two-year prison sentence at home. Judge Paul Englemayer ruled that 6ix9ine’s crimes were too severe.

The Brooklyn rapper’s girlfriend, Jade, posted a new prison photo with him this evening and defended how he snitched on the Nine Trey Bloods. She mentioned how the gang having sex with his baby mama Sara Molina and robbing him was justified in snitching. 6ix9ine was Nine Trey affiliated until they did rob him in the summer of 2018 of his jewelry in Brooklyn.

Molina is now clapping back at Jade’s claims that Nine Trey had sex with her. She took to her Instagram page to say that Jade is weak and that she slept with 6ix9ine while he was with her. This makes both of them look crazy for sure. Molina even thinks that 6ix9ine looked dead while standing next to Jade in the prison photo.

Molina and Jade have hated each other for a while now. It doesn’t look like things will get better anytime soon, even when he gets out of prison this year. He can get out early with good behavior at the end of the summer but if not, it’ll be in November. After his trial in December, Molina clowned 6ix9ine after saying in court that he inspired people.

Check out Sara Molina and Jade going at it on IG below.

More in Articles
Tekashi 6ix9ine’s Girlfriend, Jade, Posts New Photo With Him in Prison and Defends Him Snitching on Nine Trey Bloods – “Sammy The Bull Kills 19 People and Gets 5 Years, You Kill No One and Get 2”
Reginae Carter unfollows Taina Williams, after stepping up for her in Ari Fletcher beef over G Herbo