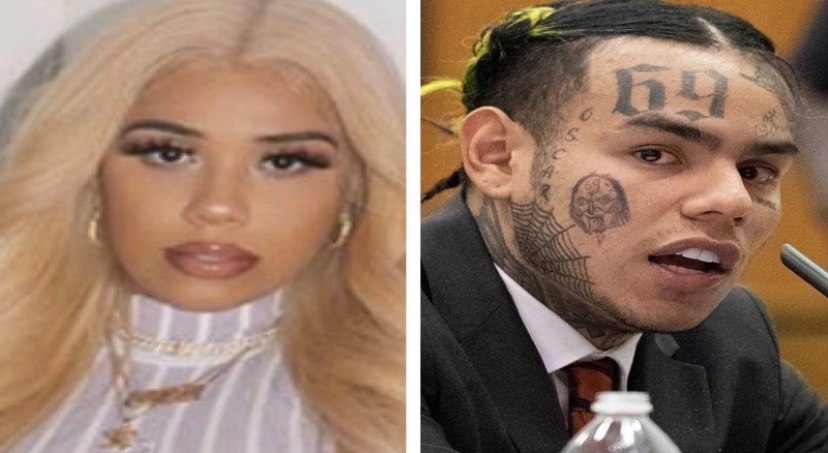 This morning in New York, Brooklyn’s Tekashi 6ix9ine was sentenced to two years in prison along with five years of supervised release. He will get credit for time served though. This was due to his racketeering, murder conspiracy, drugs, and weapons charges along with his crimes committed with the Nine Trey Bloods. 6ix9ine snitching on them in September didn’t work at all in court three months later.

Judge Paul Engelmayer cited all of these factors and other incidents such as 6ix9ine having sexual relations with a minor and putting a hit out on Chief Keef last year. He tried to make it seem as if he was a role model but Judge Engelmayer didn’t see it that way at all.

6ix9ine’s baby mama, Sara Molina, is now speaking out after the highly anticipated sentencing. As many know, she came out before about the physical abuse she suffered at the hands of him in New York and when they were in Dubai. In Dubai, he even went on to sexually assault her.

Molina posted a story on her Instagram account clowning how 6ix9ine said “I gave people hope.” She said he’s thinks he’s a prophet of God. She definitely has a point here. Who did 6ix9ine give hope? He did help kids at times but his crimes continues to outweigh those deeds.

More in Articles
Ayesha Curry’s Houston International Smoke Restaurant Closes Down Out Of Nowhere After Failure To Pay Rent
JR Smith responds to his wife, Jewell, praying for him, over the cheating allegations, and says God must’ve forgotten to tell her that he’s been separated for months [PHOTO]