Home » Articles » Tekashi 6ix9ine’s Baby Mama, Sara Molina, Doesn’t Plan To Let Him See Their Daughter If He Gets Out of Jail Early Due To Safety Concerns After He Snitched and Supposedly Not Being Involved in Daughter’s Life 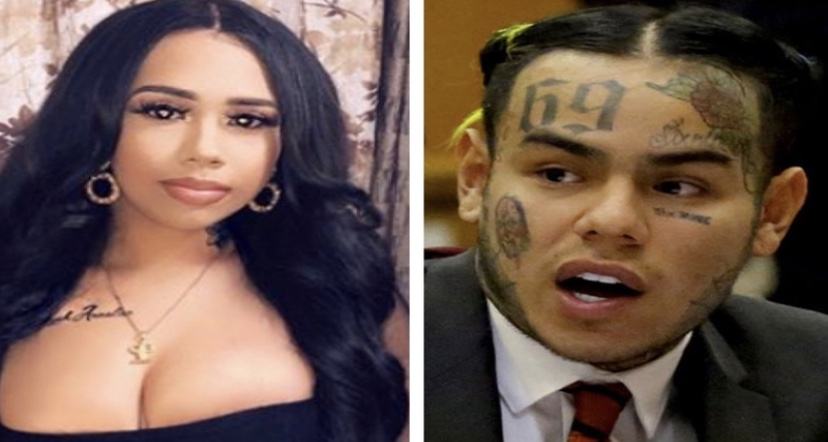 Back in December, Tekashi 6ix9ine received a two-year prison sentence for his racketeering charges along with his crimes committed with the Nine Trey Bloods. He snitched on the gang in September but it wasn’t enough to avoid any jail time.

Luckily for 6ix9ine though, he received credit for time served and is set to be released in December of this year. With good behavior though, he can be out in August. 6ix9ine’s baby mama, Sara Molina, has since clowned his sentence.

According to TMZ, Molina is taking things further as if 6ix9ine does get out early, she isn’t planning to let him see their four-year-old daughter. She cites problems such as 6ix9ine not being involved in the child’s life much snd safety concerns after he snitched in court.

There are some Terms that Molina will lay down for 6ix9ine though to be able to see their daughter. Among them are a psychiatric evaluation to see if he’s not the way he was when he was gang banging with Nine Trey and feeling that he actually cares about both her and the child. This week, 6ix9ine requested to serve the rest of his sentence at home due to not feeling safe. We’ll see if that actually gets considered.

More in Articles
Future’s alleged baby mama, Eliza Reign, claims he is “lazy as f*ck” in the bedroom [VIDEO]
2020 GRAMMY Awards Will Reportedly Have Nipsey Hussle Tribute During Their Show at STAPLES Center