Home » Hip Hop News » Tekashi 6ix9ine’s Girlfriend, Jade, Celebrates Him Being Released and Put on House Arrest Because of Coronavirus Pandemic; Jokes About 6ix9ine Being Needed To Find Who Started The Virus 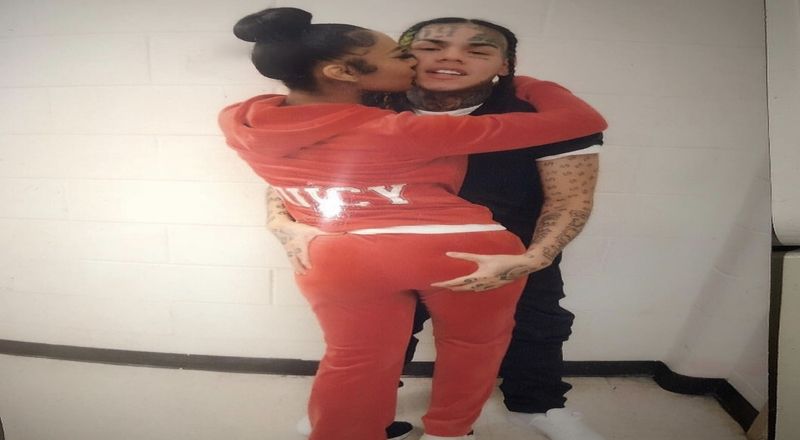 Last week, Tekashi 6ix9ine was release from a prison in New York City after he cited concerns about possibly being infected with the coronavirus. He already deals with issues such as asthma. He has since been put on house arrest and his attorney, Dawn Florio, said that he can release music and be on social media.

Florio added that 6ix9ine can’t troll or beef with anyone on social media though as part of the conditions of his social media usage. He has since done some minor trolling such as saying he’s coming to the rescue in regards to the city of Los Angeles paying people to snitch on non-essential business who are open. He also changed his Instagram avi to an animated version of him in a prison jump suit and in a rat trap. This is after people have been calling him a snitch after he told a judge about his ties to the Nine Trey Bloods in September.

6ix9ine was initially sentenced to two years in prison in December for his racketeering case and crimes involving Nine Trey. He was luckily given credit for time served and was given an August 2020 release date. He will serve the remainder of his sentence at home and now, his girlfriend, Jade is finally speaking on his release.

Jade said that the king is back and jokingly said that 6ix9ine didn’t want people to know that they let him out because he was being used to find out who started the coronavirus. She also denied that he’s a snitch by saying “No he didn’t rat guys 🙄 he just spoke a lil.” It’s good that the two aren’t letting the snitch situation affect them. Check out Jade’s post below.
https://www.instagram.com/p/B-xfLg1n_Fd/?utm_source=ig_web_copy_link

Continue Reading
You may also like...
Related Topics:6ix9ine, coronavirus, jade

More in Hip Hop News
Rihanna’s father, Ronald Fenty, revealed he tested positive for Coronavirus, and that his daughter purchased him a ventilator, but he never needed it, though he did once think he would die
Floyd Mayweather’s Daughter, Yaya, Faces 99 Years in Prison if Convicted After Stabbing NBA Youngboy’s Baby Mama [VIDEO]