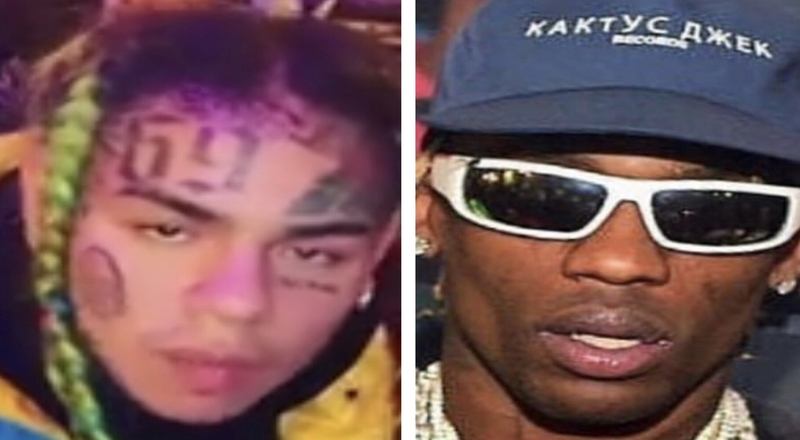 Travis Scott to many people had the album of the year with his third album “Astroworld” when it released in August. It reached the top of the Billboard charts and supposedly did again this month. Billboard reported that it reached the number one spot again over Tekashi 6ix9ine’s debut album “Dummy Boy” but that proved to not be the case. 6ix9ine was not given that spot due to a statistical error.

HitsDailyDouble is now reporting that 6ix9ine’s legal team will take action against Billboard for this mixup. This was after they met with Billboard reps last Friday. “STOOPID” featuring Bobby Shmurda and “FEFE” featuring Nicki Minaj have been the project’s biggest hits.

It’ll be interesting to see if 6ix9ine’s team and Billboard can come to some kind of resolution. Don’t be surprised to see this go to court though. 6ix9ine is also currently incarcerated as he faces a life sentence for murder conspiracy, weapons, assault, and racketeering. His trial date is set for September 4, 2019.

More in Hip Hop News
Kodak Black talks “Dying To Live,” why it’s hard to listen to XXXTentacion, moving to LA, and more with 103.5 The Beat [VIDEO]
Slevin Monroe and Fetty Wap are a thing again? Selvin Takes A Pic In The Same Spot Alexis Sky did and some say this is Fetty Wap’s building, sparking rumors #LHHNY [PHOTOS]