Home » Hip Hop News » Tekashi 6ix9ine’s ‘Tattle Tales’ Album on Pace For No. 1 Album in The Country; 6ix9ine Claims That Streaming Services Aren’t Promoting It Like Other Artists’ New Releases 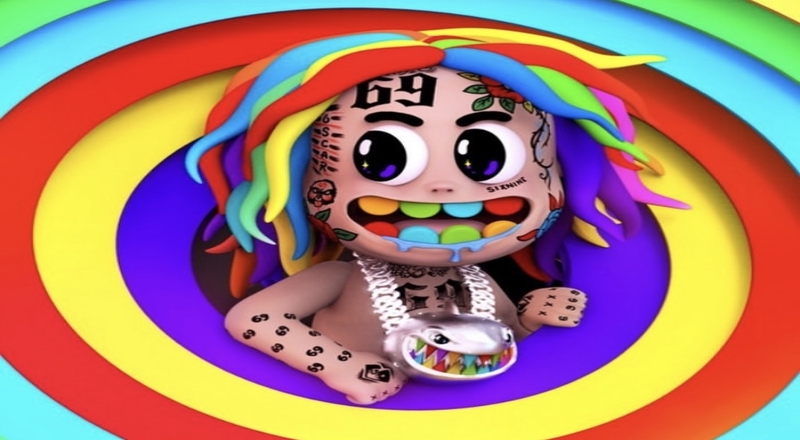 Tekashi 6ix9ine released his sophomore album, ‘Tattle Tales 2,’ yesterday as it featured the hit singles, “YAYA,” “TROLLZ” featuring Nicki Minaj, “P*NANI,” and “GOOBA. It contains 13 tracks in total. This also comes after he’s been beefing with Lil Durk and Lil Reese over the past week.

TROLLZ became the top song in the country and now, Tattle Tales is projected to be heading to the top as well. According to Chart Data, it is aiming to sell 150,000 units in its first week. Big Sean’s ‘Detroit 2‘ album is also in the mix for this spot.

The Brooklyn rapper also just took to Instagram to voice some frustrations despite the success that Tattle Tales is experiencing right now. He says that streaming services such as Apple Music and Spotify haven’t been promoting his album compared to other music that was released on Friday. 6ix9ine emphasized that this has nothing to do with these other artists but he believes that the streaming services are acting like he didn’t drop anything and isn’t getting a fair shot.

In the end, 6ix9ine continues to have a massive year with his music after he was released from prison in April and off of house arrest last month. He feels that he’s being blackballed but the numbers say otherwise. Check out 6ix9ine speaking on Tattle Tales not being promoted enough below.

Continue Reading
You may also like...
Related Topics:6ix9ine, Tattle Tales

More in Hip Hop News
Big Sean Says He Was Able To Get Dave Chappelle Skit on ‘Detroit 2’ Album After Chappelle Said He Was Already a Big Fan of Sean’s Dad
Sarina Neely goes viral with her Facebook post, demanding people and the media refer to Kyle Rittenhouse as a thug, instead of a 17-year-old kid, like how they do young black people, who break the law [PHOTO]