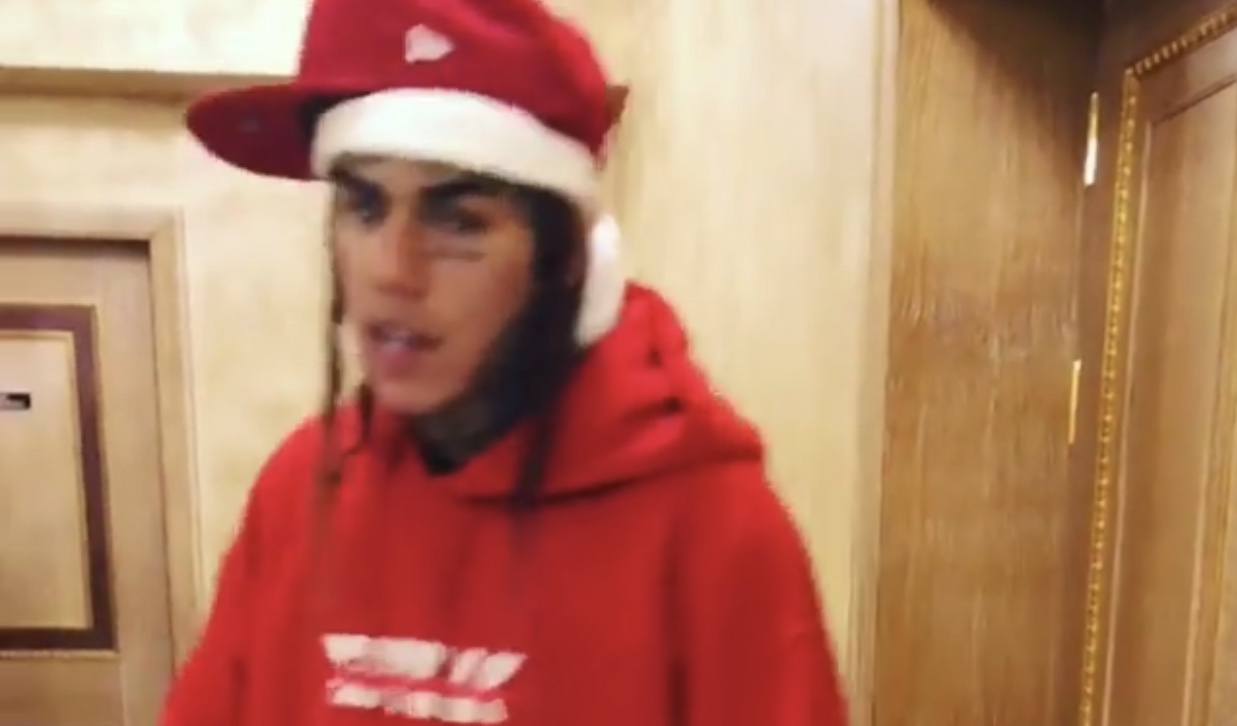 Yesterday, Tekashi69 arrived in Milan for their annual fashion week and decided to do some flexin’ by showing off stacks of Euros and American dollars. He also called 50 Cent, Don Q, and A Boogie Wit Da Hoodie broke and said they can have the King of New York title as he’s now the King of Europe.

69 continues his epic trolling as he posted a video on Instagram today of him recreating 50 Cent’s 2003 hit single ‘In Da Club‘ with different outfits trying to look like 50. 50 has now responded on IG with actually giving the fellow NY rapper props for the video as he said that “he’s back” and that he’s focused because he thought the Philipp Plien outfit that he had on yesterday was gay.

No issues from the past look evident with Don Q and A Boogie but I think 50 and 69 must be doing this beef for publicity. The two just collaborated on a new record called ‘Get The Strap’ and 50 even co-signed 69 running New York. Whatever the case may be though, 69 is clutch in maintaining his buzz no matter what the drama is.

Check out Tekashi69’s video trolling 50 Cent and his response.
https://www.instagram.com/p/BoFCDqcF5TB/?utm_source=ig_web_copy_link