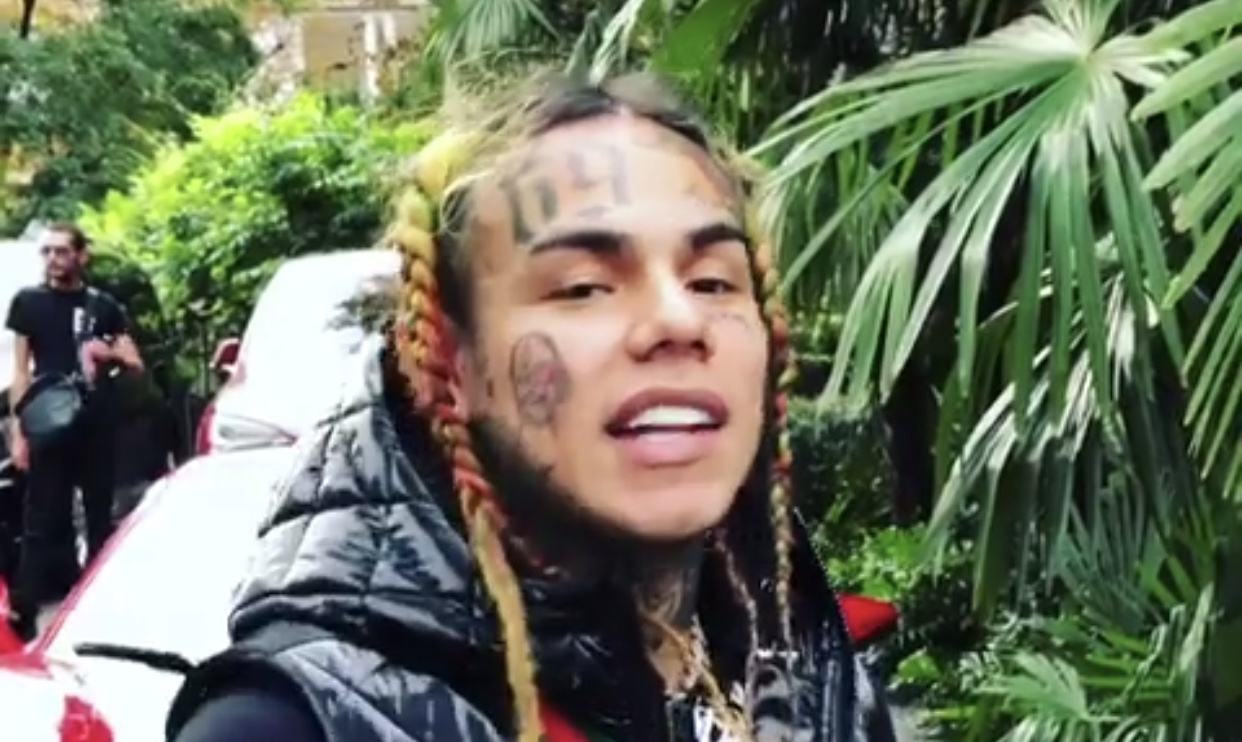 Tekashi69 continues to secure his bag no matter what legal issues or controversies he headlines. 69 took to Instagram today to post a video of himself Italy as many artists are in the city for their annual fashion week.

69 was seen flashing Euros on the gram along with a stack of American 100s. He also made the bold statement that he’s already been the King of New York and now he’s the King of Europe. He added that fellow NY rappers 50 Cent, A Boogie Wit Da Hoodie and Don Q can go ahead and claim the NY title now.

“All you n*ggas keep that King of New York shit,” said 69. “I already had that sh*t, y’all can have that shit. Y’all n*ggas keep y’all dollars.

After 69 rested his case, he proceeded to throw the Euros on the ground and said it’s “King of Europe s*it.” He also told A Boogie to get his swag up and called out those rappers once more by saying they’re broke ass kids compared to him.

A Boogie and Don Q haven’t been known to lash out at other rappers on social media but these shots might be what lights the fire. 50 Cent already went in on Ja Rule today for his show supposedly being canceled at Syracuse due to lack of ticket sales so he would have no problem coming for 69. It’s ironic because the two recently did a record and shot a video for it called ‘Get The Strap‘ which premiered on 50 Cent’s show Power.

Watch 69 calling out 50 Cent, Don Q and A Boogie Wit Da Hoodie below.