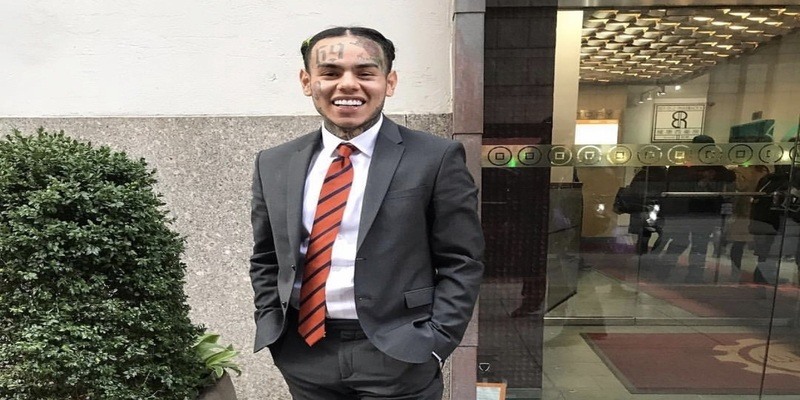 Tekashi69 beat his sex with a minor case from 2015 today as he only received four years of probation. 69 celebrated with his team afterwards at a midtown NYC restaurant and the good vibes ended right there.

According to The Shade Room, a shooting erupted and 69’s bodyguard was shot. Things originally got heated when 69 was supposed to meet a 10k Projects Records executive. The exec’s bodyguard said only 69 was allowed into the restaurant and not the rest of his crew. As the argument between 69’s security and the 10k Projects bodyguard ensued, another group of people fired four shots.

69’s bodyguard underwent surgery and it was successful. He is currently listed as being in stable condition. 69 had no involvement in the altercation. Law enforcement officials are still looking for the shooter.

More in Hip Hop News
Kiki On “In My Feelings” Song Blowing Up and If She and Drake Still Have Feelings For Each Other [VIDEO]
Hip-HopVibe.com partners with “Nobody’s Fool” movie for a special giveaway on November 1 in Atlanta #NobodysFool