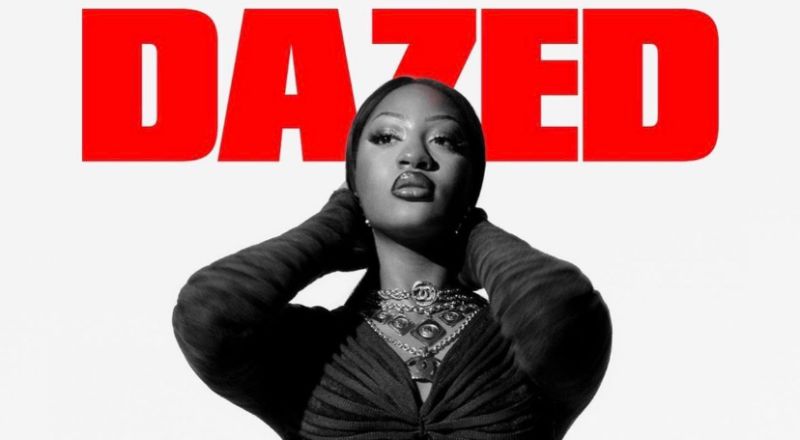 Tems gives fans one of the best photoshoots of the year. Earlier this year, she won big at the 2022 BET Awards. Now, Tems is the latest star to grace the cover of Dazed Magazine, in a sultry and chic look. On the cover, Tems is rocking a sheer black see through dress, shocking fans with her new look. In the magazine Tems rocks three different looks, all of which are more revealing than her usual attire. As the new cover made its rounds online, fans gave some negative reactions to the singer embracing her body.

Tems had an amazing 2022 as a new voice for the generation and culture. Since the viral single, “Essence,” by WizKid featuring Tems hit the airwaves, her influence has grown significantly. Winning a Grammy for the single, Tems also collaborated with Drake on the single “Fountains.” Future also used Tems vocals on the single, “Wait For You,” featuring Drake. That song would reach number one on Billboard Hot 100. Continuing her musical reign, she covered Bob Marley’s “No Woman, No Cry,” for the Black Panther: Wakanda Forever soundtrack.

Tems sparked a lot of backlash, due to her look on the Dazed cover. When an artist steps outside of the box fans placed them in, they have a tendency to get vocal. Social media often amplifies that, giving people a bigger platform than they actually have. As a result, Tems spoke out, herself. After seeing what was being said, she took to Twitter with a message. Among other things, she told the fans that she is not their Christian savior.