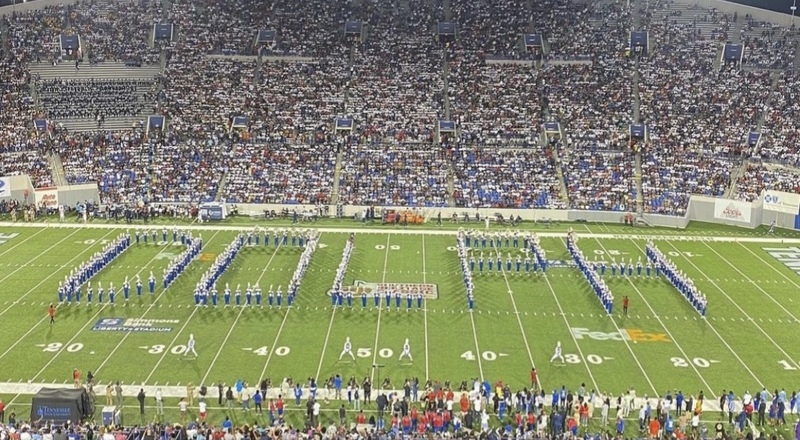 On Saturday night, Tennessee State University faced off against Jackson State University, in a huge HBCU matchup. Deion Sanders and JSU went on to earn the 16-3 victory, as the game was held in Memphis, for the Southern Heritage Classic. TSU improved to 0-2, while JSU moved to 2-0, as they’ve become a huge trending team, in college football.

Tennessee State’s Aristocrat of Bands had a huge halftime performance, though. Their Aristocrat Of Bands were on display, as they gave a huge shout out to the late Young Dolph, who is a Memphis legend. The band members lined up in a formation that displayed the word “Dolph,” on the field. They also lined up to display Memphis’ 901 area code.

Dolph was shot and killed, in Memphis, back in November 2021. At the time, he was visiting Makeda’s Cookies, on the south side of the city. Two suspects ended up stopping at this business, and began firing shots at Dolph. Two suspects have since been arrested, 23-year-old Justin Johnson, and 32-year-old Cornelius Smith.