Home » Articles » Terrelle Pryor, former Ohio State player, arrested while in the hospital after getting stabbed in the chest and shoulder by his girlfriend, allegedly got into fight with her and her friend, witnesses overheard saying “We should have just let him die” 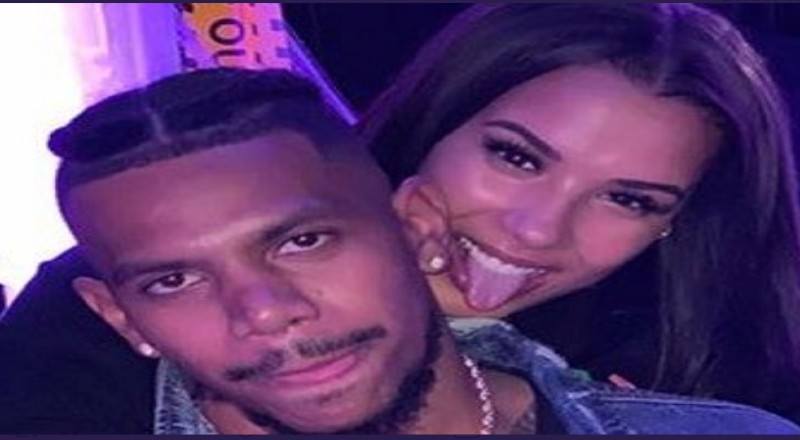 NFL free agent Terrelle Pryor has been arrested after getting into an ugly altercation with his girlfriend at his Pittsburgh apartment on November 30.

24-year-old Shalaya Briston was taken into custody by Pittsburgh police after she stabbed Pryor in the chest and shoulder. The troubles began when Pryor, Briston, and her friends all went out to dinner and drinks. The couple, who have been dating for about a year, began arguing. They apparently got into a fight after she and some friends came back to his apartment after a  continued night out at the club. It started in the hallway and eventually spilled into his apartment kitchen. The next thing witnesses saw was Pryor clutching his chest and bleeding. Pryor was taken to hospital by Briston and her 3 friends. He arrived at  UPMC Mercy Hospital in critical condition just a little bit after 4:30am. When cops responded to the call, they concluded that both Pryor and Briston got into a “mutual combat” incident on November 30th.

Cops state, “Upon further investigation by detectives in the Violent Crimes Unit, it was learned the male’s injuries were incurred during an earlier dispute inside an apartment on the 200 block of Heinz Street on the city’s North Side. During that altercation, a female victim also received injuries.”
“After consultation with the Allegheny County District Attorney’s Office, police have arrested two people believed to be mutual combatants in this incident.”

Amy Hudak of WPXI reports overhearing a witness at the hospital say, “We should have just let him die.” Hudak says witnesses told police the two had a “very volatile relationship” and that Pryor “always had his hands all over her.”

More in Articles
Boundaries, Porsha, boundaries! Twitter clowns Porsha for not being able to think of the word “boundaries” #RHOA
Deshaun Watson Finds Kenny Still For The Touchdown, Right After Getting Last Touchdown On Previous Play Called Back #NEvsHOU #WeareTexans