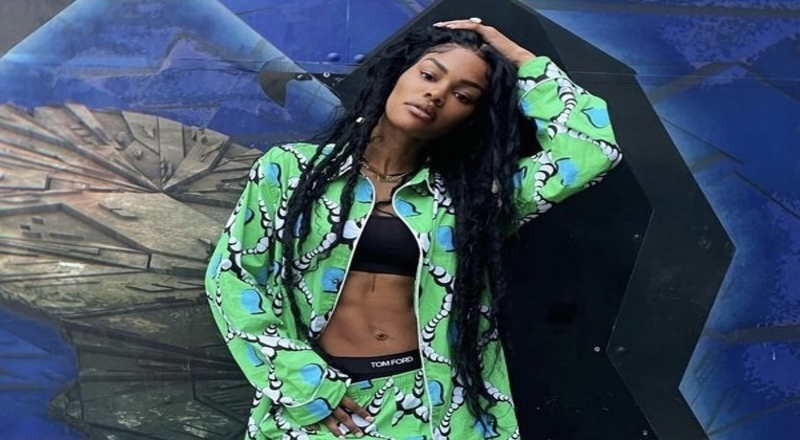 At the end of 2020, Teyana Taylor expressed how unappreciated she felt in the music industry, and was heading towards retirement. That all came after she put out her third studio album, “The Album,” last summer. That project went on to debut at number eight, on the Billboard 200 chart.

Taylor has since been making other big moves outside of music, such as becoming the Creative Director, for Pretty Little Thing. Now, the Harlem native is giving fans one last tour, which is the “The Last Rose Petal” Tour Taylor took to Instagram, on Wednesday, to make this announcement. There, she explained how she is giving her fans one last ride.

“How lucky am I to have something that makes saying goodbye so hard…. However for every goodbye God makes the next hello closer.Come out and watch me, leave it all out on the stage… One last time… Just for you & as my last rose petal falls, I say farewell….🥀”

This tour will kick off on November 7, in San Francisco, and conclude on November 30, in Atlanta. 12 cities, and 12 dates, in total. Presale tickets will be available for purchase on September 23, with the password “FAREWELL.” General tickets go on sale on September 24, at TeyanaTaylorTour.com. More dates are also expected to be added, according to Taylor.

Check out the list of cities and dates for Teyana Taylor’s “The Last Rose Petal” Tour, below.

Continue Reading
You may also like...
Related Topics:featured, teyana taylor

More in Hip Hop News
Karlie Redd reveals she was the girl in Tank’s “Maybe I Deserve” music video
College Course About The Weeknd and Drake, Will Be Taught at Ryerson University, in Toronto, in 2022