Home » Hip Hop News » Teyana Taylor denies that she’s been battling drug use, and Iman Shumpert cheating on her, after TikTok user tried to “reenact” these rumors 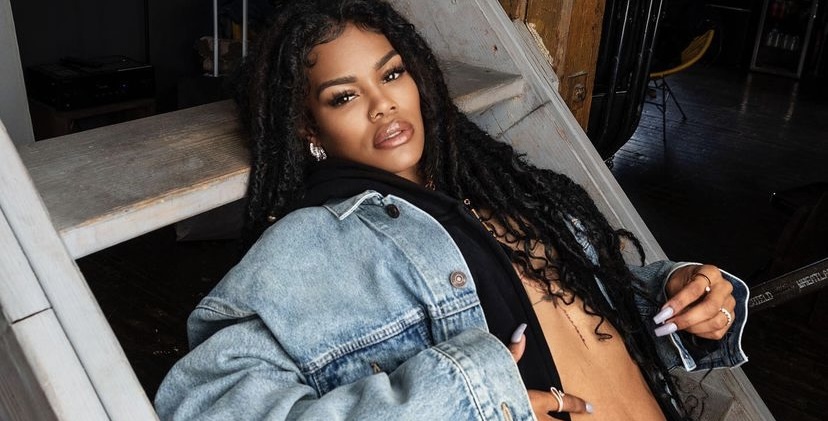 At the end of 2021, Teyana Taylor concludes “The Last Rose Petal Tour,” as the singer has been saying that she’s retiring from music. Her very concert, came in Atlanta, in late November.

In a now-deleted Instagram post, Taylor is shutting down a white woman from TikTok, who originally posted a TikTok, re-enacting how Taylor is allegedly battling drug use, and how her husband, Iman Shumpert, allegedly cheated on her. Taylor is ready to sue this woman, but Taylor’s name wasn’t directly mentioned. Taylor has also denied all the subliminal claims made, about her and Shumpert.

Taylor also dealt with dehydration issues before several of her shows on tour, which led her to being hospitalized. She has also now debunked a rumor that she overloaded on drugs, due to Shumpert cheating on her.

“NOBODY AND I MEAN ABSOLUTELY NOBODY CAN MAKE PETUNIA OVERDOSE ON A DAMN THING. I’d kill @imanshumpert fine ass, put him in a nice suit and bury him my damn self before I EVER let him or ANYBODY to push me to do drugs or take myself out.”

More in Hip Hop News
The Game claims that Kanye West has done more for him in two weeks, than Dr. Dre ever has [VIDEO]
Karlae ft. Lil Yachty – “Blind” [VIDEO]