Home » Hip Hop News » Teyana Taylor stopped her show to make sure a fan was okay, after she needed to get some air [VIDEO] 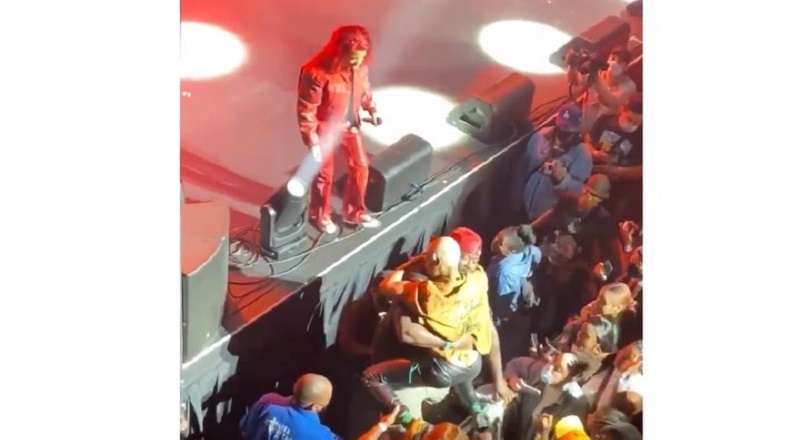 In the wake of the Astroworld tragedies, artists are being more mindful of fans, at their concerts. Last night, Teyana Taylor had a show. Among other things, a fan had an incident, during the show.

Teyana Taylor, like the rest of the world, has watched what happened with Travis Scott. Always, Teyana put on a show, and has made sure her fans were taken care of. Obviously, she has a different kind of audience than Travis, anyway.

During last night’s show, Teyana Taylor witnessed a fan having an episode. The fan needed air, so a security guard took care of her. While this took place, Teyana stopped the show, talking to the fan, making sure she was alright.

More in Hip Hop News
Erykah Badu curses at troll, who commented on her tweet to Travis Scott, supporting him with the Astroworld tragedies
Kylie Jenner cosmetic products being thrown away by fans on TikTok, in Astroworld backlash [VIDEO]