Home » Hip Hop News » Teyana Taylor talks Janet Jackson, why she was disappointed by her album release, and more on #TheBreakfastClub [VIDEO] 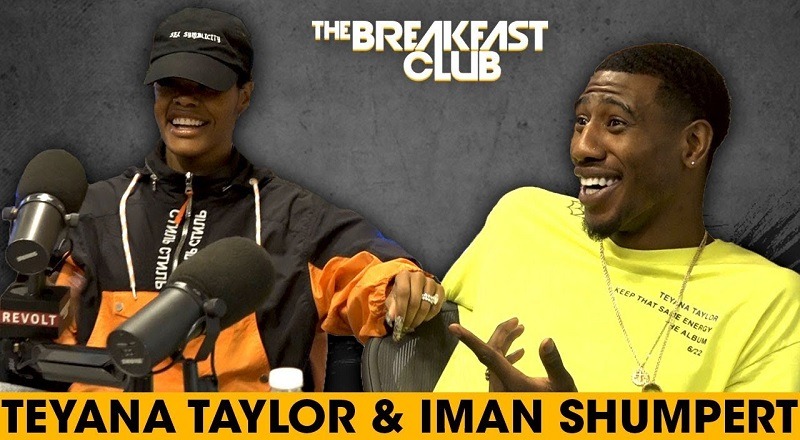 Recently, Teyana Taylor dropped Keep That Same Energy, her newest album. She was a part of Kanye West’s seven album challenge, where he created albums in Wyoming. Currently, R&B is experiencing a strong revival, courtesy of Ella Mai’s “Boo’d Up.”

Teyana Taylor is making more noise, but she did something different with her music. The album included a song, where she discussed having threesomes. That is the part the people have taken and ran with, as most of her interviews have dealt with that.

Continuing her media run, Teyana Taylor and Iman Shumpert stopped by “The Breakfast Club.” The two sat down and first talked with the crew, as DJ Envy, Angela Yee, and Charlamagne Tha God dogged her with Janet Jackson questions. But, she mostly spoke on why she was disappointed with the album.