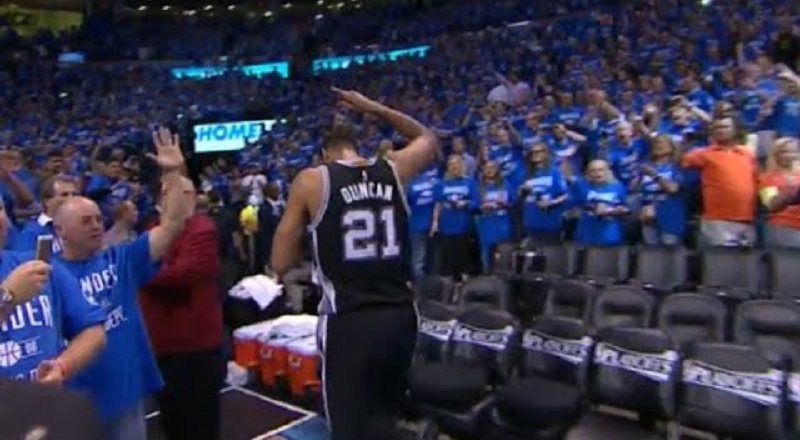 This morning, NBA fans have woke up to sad news in Tim Duncan announcing his retirement. Dedicating nineteen years to the San Antonio Spurs, Tim Duncan won five championships. Throughout his career, he and the Spurs were the ultimate foil to the Lakers.

However, in recent years, the Lakers were no competition to the Spurs and Tim Duncan took a secondary role, in later years. This past season, he was integral in the Spurs’ franchise-best 67 win season. Sadly, there was no showdown with the Golden State Warriors to cap the season.

Regardless of this past season, it is a job well done, overall, from nineteen years of service for the Spurs. The Spurs are still in good position to win even more titles, in the future. But, the retirement of Tim Duncan is sad and NBA fans have flooded Twitter with tributes, all well-deserved.

Watch the final moments of Tim Duncan’s playing career below:

Read the tweets about Tim Duncan below: