Home » Hip Hop News » The Cardi B Vocals Have Been In! DJ Khaled Takes To Social Media To Tease New Music And Visual With Cardi B “They Said ‘Cause You Won A Grammy, I Can’t Get You On My Album” 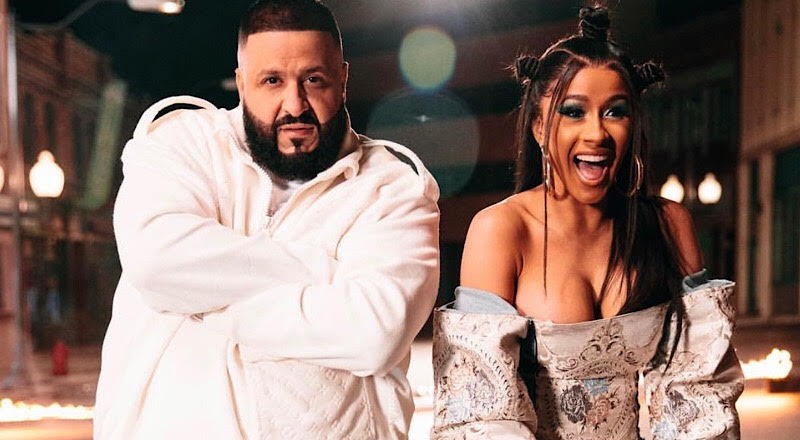 Fresh off her Grammy win, Cardi B has a DJ Khaled feature on the way too! On Tuesday (February 12th) the super producer took to Instagram to share a clip of him and the Bronx femcee on the set of a music video for an upcoming collaboration off of Khaled’s highly anticipated Father Of Asahd album. For all the haters who said “Khaled can’t get Cardi on his album,” the two let the haters know that the Cardi vocals been in way before her Grammy win.

In the clip you can hear Cardi quickly respond, “Who the f-ck said that?” before Khaled turns the camera to her. “They said ‘cause you won a Grammy, I can’t get you on my album,” Khaled explains, to which the rapper replied, “Who said that? This is right after the Grammys.”

Khaled and Cardi continue filming the shoot, although we don’t know which song they are collaborating on, what the title of the track is, or even when to expect for it to drop, but one thing is for certain that it will be a banger! In addition to Cardi, Khaled has also teased upcoming hits with Drake, Bryson Tiller, Meek Mill, Travis Scott, Post Malone, and more on his long awaited album.

Check out the Cardi B teaser below and stay tuned for the single.

Continue Reading
You may also like...
Related Topics:cardi b, Dade County, dj khaled, father of asahd, miami, we the best

More in Hip Hop News
Justine Skye shares her morning on IG Story, revealing she has spent half her day in the police office, filing a report against Sheck Wes, and the officers are not taking her seriously [PHOTOS]
Jason Lee is getting dragged by Twitter for his cruel comments about Ariana Grande “almost murdering” Pete Davidson, calling her an “R. Kelly snack,” clowning her Nicki Minaj friendship, as fans label him “disgusting” [VIDEO]