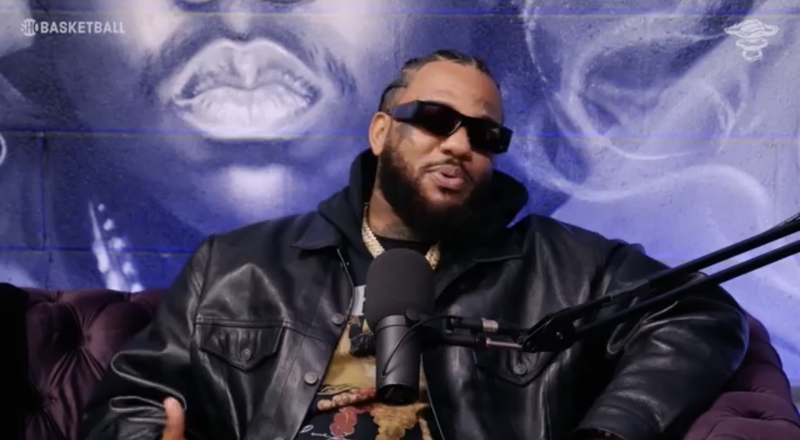 For a few months now, The Game has been teasing the release of his upcoming “Drillmatic” album. There hadn’t been a release date, but now, that has been made official.

This weekend, The Game officially confirmed that the album’s official title will be “Drillmatic- Mind Vs Heart.” It is set for a June 17 release date, and will be executive produced by Hit-Boy, one of the best producers in the industry today. The cover art for Game’s Drillmatic project displays him when he was younger, with his son.

Drillmatic is Game’s first album since late 2019, which was “Born 2 Rap.” At the time, Game said that would be his final album, but plans have definitely changed. When Born 2 Rap was released, it went on to debut at number 19, on the Billboard 200 chart. Game collaborated with stars such as Ed Sheeran, Nipsey Hussle, 21 Savage, Bryson Tiller, and more, on that project.

The Game has also since been dissing Eminem, in various ways. He believes that he can defeat Em in a Verzuz, and also added that people never play Em’s music, in clubs, locker rooms, etc.

Check out The Game announcing his “Drillmatic- Mind vs Heart” album, below.

Continue Reading
You may also like...
Related Topics:featured, hit boy, the game

More in Hip Hop News
Fans at Gervonta Davis vs Rolando Romero ran, after fight ended, due to man reportedly having gun, outside of Barclays Center [VIDEO]
Master P announces that his daughter, Tytyana, has passed away