Home » Hip Hop News » The Game calls out Regina Hall for clowning LeBron James’ hairline at the Oscars; Game compares the joke to Chris Rock and Will Smith 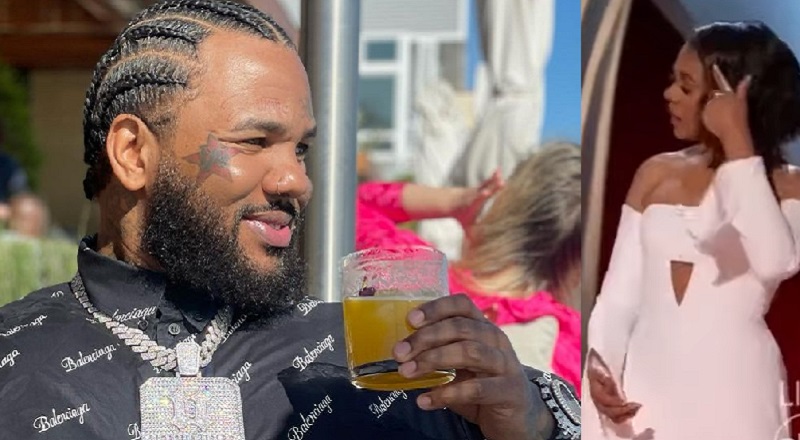 A few years ago, The Game took a year off and didn’t post on social media. During that time, The Game said he was retiring from rap. While The Game did take a break from rap, it wasn’t when he originally planned to. Whatever the case, The Game is back with his first hit in years.

The Game is no stranger to controversy. Kanye West is the man helping The Game return to the scene. Together, The Game and Kanye West are working on Drillmatic. This will be The Game’s first album in three years. Courtesy of Kanye West, The Game has a lot of attention going into the album release.

Prior to the Oscars, Kanye West was the major discussion. Kanye West and Kim Kardashian divorced and Pete Davidson was caught in the middle. The Game and Kanye West share the single, “Eazy,” where Kanye threatens Pete Davidson on the song. In the music video, Kanye West buries Pete Davidson alive. Of course, Will Smith overshadowed that when he slapped Chris Rock at the Oscars. The Game is calling Regina Hall out, weeks later, for her Oscars skit where she clowned LeBron James’ hairline. Game accused her of being set up like Chris Rock.