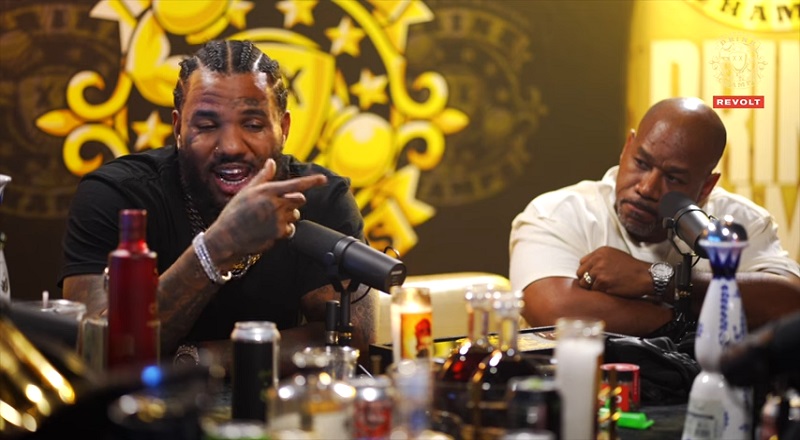 The Game says Eminem had better promotion than he had

Recently, The Game appeared on “Drink Champs” and he spoke on all of that. The Game also raised eyebrows, when he claimed he was a better lyricist than Eminem. Collectively, social media came together to drag Game over those comments. However, the conversation shifted to The Game and Eminem doing a Verzuz battle. On that, Game also said he would beat Eminem. With fans dragging him, The Game spoke out and said Eminem received better promotion, which is the only reason why people think Eminem is better.

The Game says Eminem had better promotion than he had

More in Hip Hop News
Kyrie Irving gives his jersey to DaBaby after scoring 50 points, in win vs Hornets, in Charlotte [VIDEO]
Shaq hilariously dances to Trillville’s “Some Cut” [VIDEO]