Home » Hip Hop News » The Game says he held a gun on Suge Knight, and his goons, early in his career, after they tried to confront him over some lyrics, and he says it’s been nothing but respect ever since [VIDEO] 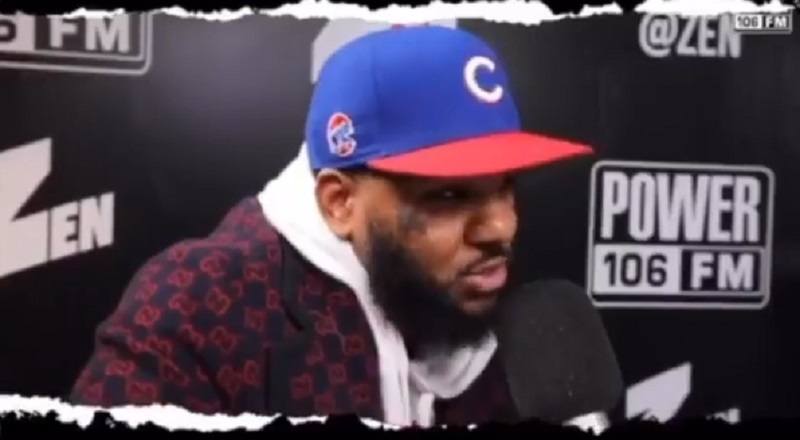 Definitely, The Game brought some different energy to the hip hop world, when he made his 2004 debut. Despite being signed for two years, The Game didn’t blow up until then. Signed to Dr. Dre’s renowned label, Aftermath, he was put on the backburner for 50 Cent.

As 50 Cent took over the game, he made his own deals with Interscope, and this is where Game landed. The parent company decided to place him with G-Unit. Clearly, The Game was a star, in his own right, as he immediately dropped hits.

During that 2004 run, The Game was confronted by Suge Knight. The story was reported, but no details were ever mentioned. In his recent interview, with Nick Cannon, Game opened up on this, saying Suge and his goons ran up on him with guns, over some of his lyrics, and, citing Death Row being involved in a lot of unreported deaths, including his friends, Game said he pulled his own guns on Suge and his crew, earning his respect.

More in Hip Hop News
Lira Galore Accuses Quality Control Music CEO and Her Baby Daddy, Pierre “Pee” Thomas, of Beating Her Violently During First Eight Months of Pregnancy [PHOTOS]
White woman, @dolceblink, says she would run up on Rosa Parks for clout, if she could, responding to question a man asked, after Brother Nature beating