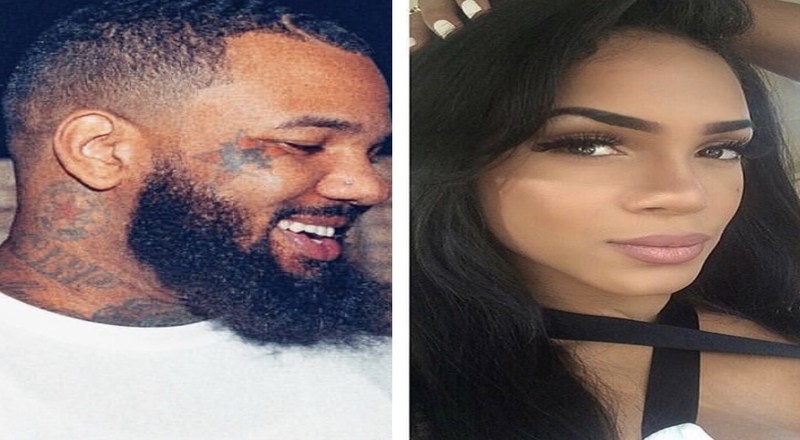 Back in 2015, model Priscilla Rainey appeared on The Game’s dating show ‘She Got Game’ on VH1 as the Compton rapper was searching for love. An incident occurred off set though where Game allegedly rubbed his hand on Rainey’s vagina.This resulted in a sexual assault lawsuit where she ended up receiving a $7,130,100 judgement in court last year.

Things are getting worse for Game in having to pay these funds to Rainey. According to AllHipHop.com, Rainey will receive all royalties for his ninth and final studio album ‘Born 2 Rap‘ which released in November of last year. This project was led by the singles “West Side” and “Stainless” featuring Anderson .Paak. In addition to these royalties, Rainey will be getting all payments that Game’s record label, Prolific Records, is paid.

“All third parties who receive notice of this Order are directed to pay any and all money or property due, or to become due, under this Order, directly to Plaintiff either: (1) by check payable to “Priscilla Rainey,” and delivered to Plaintiff’s counsel” until the judgment is satisfied in full,” Judge Virginia A. Phillips said.

Judge Philips added that if Game attempts to take some of these funds, he can be charged with contempt of court. Rainey also recently posted stacks of cash on Instagram and someone assumed that it was given from this legal case. She immediately shot that down by saying that it’s her money and didn’t get a penny from “that molester.” Rainey added she got it all out the mud when it comes to her money.

Continue Reading
You may also like...
Related Topics:Born 2 Rap, priscilla rainey, the game

More in Hip Hop News
Saweetie’s Breakout Hit Single “My Type” Has Been Certified 2x Platinum
Twitter Goes In On Teddy Riley For Having Horrible Sound Issues During IG Live Battle with Babyface; The Battle Gets Postponed [VIDEO]