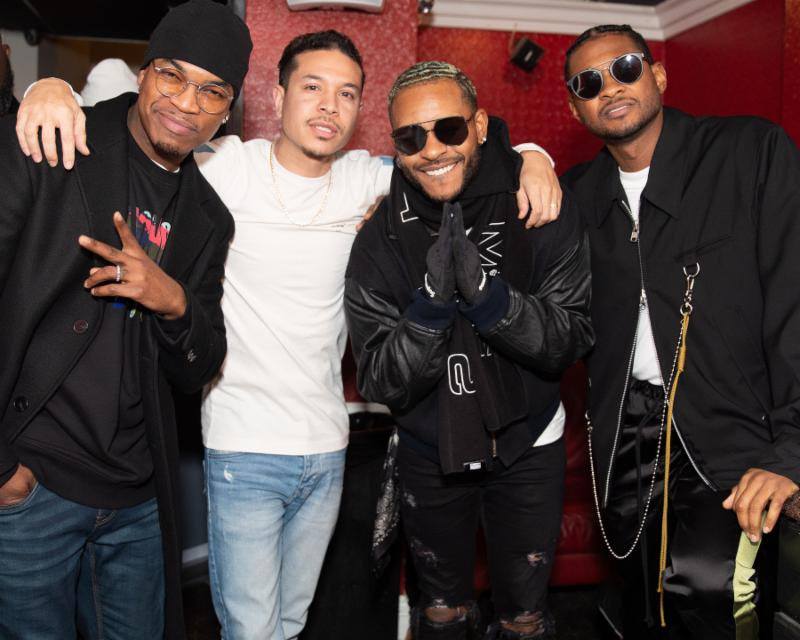 Eric Bellinger was joined by Usher and Ne-Yo as he headlined “Young Legend Nights” with Ro James in Hollywood yesterday. This special concert was the first in a series presented by Sean Young and Young Legend Entertainment, and drew a star-studded guest list to the Echoing Soundz red carpet. Chanel West Coast, Dan Rue, Marcus Blvck, V Bozeman, Jane Handcock, Tweet, TMG Fresh, Napoleon Williams of Tiny Impact Co., the beautiful Porsha Coleman, Kevin McCall, Sincere Show, Lola Monroe and AD were seen among the lights and cameras inside the Avalon theater, and LT Hutton, producer of the “All Eyez on Me” Tupac biopic (and former head of A&R for Interscope Records), shared an emotional speech after receiving the Young Legend Icon Award. Check out all the pics below!

More in Hip Hop News
Alexis Skyy Responds To Rob Kardashian Shooting His Shot; By Following The Kardashian Sisters On IG; Fans Worry She Will Allegedly Scam Him Like Blac Chyna! #LHHNY [PHOTO]
Alexis Sky has already linked up with Rob Kardashian, as he shares Snapchat video of her at Kris Jenner’s house, in the infamous kitchen #LHHNY #KUWTK [VIDEO]