Home » Hip Hop News » The Lakers are being roasted on Twitter, after signing Michael Beasley, as fans talk about all the basketball mistakes Mike Beasley will make with Lance Stephenson and JaVale McGee on the court, playing with LeBron 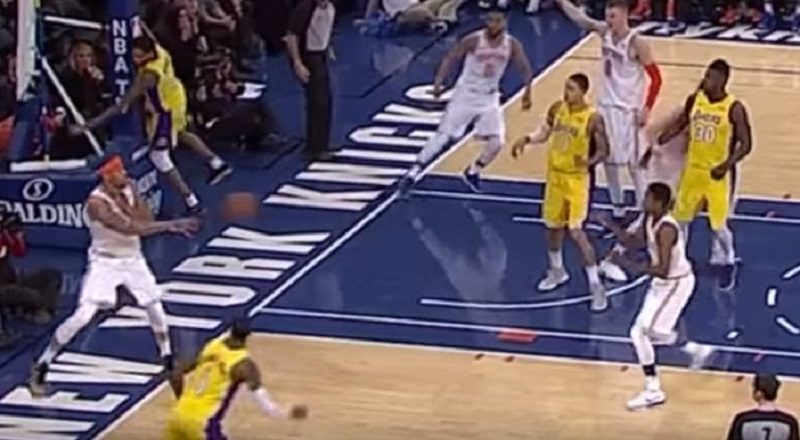 Back in 2008, the NBA went through a major transition. That year marked the end of the Jason Kidd era in New Jersey, Shaq being traded from Miami to Phoenix, and the Lakers re-establishing themselves as contenders. The year of 2018 also saw a big transition.

The dynamics were different, however, as the Lakers are coming off the worst five years in franchise history. Their breakthrough isn’t happening, due to the young talent, it’s because LeBron James signed there. He is obviously their biggest star since Kobe Bryant.

After signing LeBron, Magic Johnson also signed Rajon Rondo, Lance Stephenson, and JaVale McGee. Now, they have added Michael Beasley, the number two pic of the 2008 draft. For sure a late bloomer, he’s gone through several bouts in the NBA, before finding his niche, and the Lakers have signed him, leading to jokes from fans about the antics of Lance, JaVale, and Michael Beasley.

Read the tweets about Michael Beasley below:

More in Hip Hop News
Fake News! Donald Trump Suggests Players Who Kneel More Than Once, Out For Season With No Pay
Local cop comes to arrest a group of people, but they end up getting him to do the #InMyFeelingsChallenge instead, and he reminds them “remember, I’m a white boy” [VIDEO]