Home » Hip Hop News » The Notorious B.I.G.’s Brooklyn Apartment, Which He Lived in With Faith Evans, is On The Market, For $1.7 Million 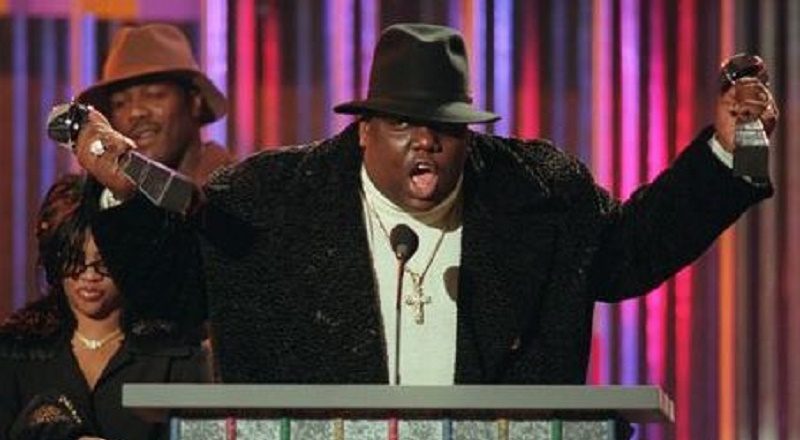 The Notorious B.I.G. is still regarded as a hip-hop legend, and one of the greatest rappers to ever do it. He released two classic albums, prior to his murder, in 1997, as well. Now, a fan can be part of a huge piece of Biggie memorabilia.

According to the New York Post, the Brooklyn apartment that Biggie lived in with Faith Evans, is on the market. The asking price is currently $1.7 million, and located in the Fort Greene area of Brooklyn. When Biggie lived here, he released his debut studio album, “Ready to Die,” in 1994.

The owner of this property is Caroline Duncan, who is a notable costume designer. Features of the apartment include two bedrooms, two bathrooms, custom library, walk-trough closets, chef’s kitchen, 12-foot ceilings, along with a large loft space.

Duncan initially bought the apartment 10 years ago, and began renovating it.

“When I moved in, the basement was just a raw space with concrete floors,” Duncan said. “I framed and put up all the walls and created a bathroom with barn wood and modern finishes, a massive walk-through closet to showcase my collection of clothing and accessories, a laundry room and bedrooms.”

“Upstairs had been carved into a series of puzzling small rooms so I did the opposite, and knocked down all the walls to create a lofted open space. I loved the neighborhood, the proximity to Fort Greene Park, the fact that the building is on the Historic Register and had the bones of a true artist’s residence.”

It’ll be interesting to see who is interested in the $1.7 million asking price, and if they are a Biggie fan.

Check out photos of this Brooklyn apartment, previously owned by The Notorious B.I.G., below.

Continue Reading
You may also like...
Related Topics:brooklyn, featured, the notorious b.i.g.

More in Hip Hop News
Jordyn Woods gets trashed by Twitter for sharing before and after pics of herself to promote her new fitness app; Fans accuse her of having a BBL
Jhonni Blaze is Reportedly Missing, After Making Instagram Post, Where She Explained How She Goes Through So Much Pain – “Let’s See You Laugh When I’m Dead”