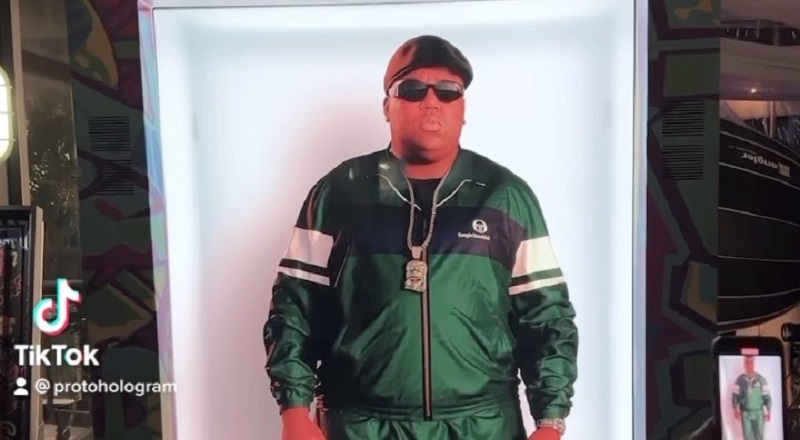 The Notorious BIG has lifelike hologram created in his honor

The Notorious B.I.G. was ahead of his time. In addition to being an artist, Biggie had Junior M.A.F.I.A. The Notorious B.I.G. partnered with Atlantic Records to sign them. Most would have also placed them on Bad Boy. Biggie also had plans of signing Puff Daddy to his label. Unfortunately, Biggie died before his plans came to life.

The Notorious B.I.G. died in 1997. At the time, Biggie and Tupac had the highest profile deaths in hip hop history. Due to their issues, Biggie and Tupac are forever connected. Once, they were friends, and they died only months apart. Collectively, hip hop mourns both rappers. In 2012, Tupac Shakur was brought back to life with a hologram. He performed at Coachella. Now, The Notorious B.I.G. has seen his likeness recreated with a hologram..

The Notorious BIG has lifelike hologram created in his honor

More in Hip Hop News
Saucy Santana told Cardi B to abort Kulture and called her “funny looking” in more resurfaced tweets
Roddy Ricch released from custody, after being arrested on gun charges; before his Governors Ball performance