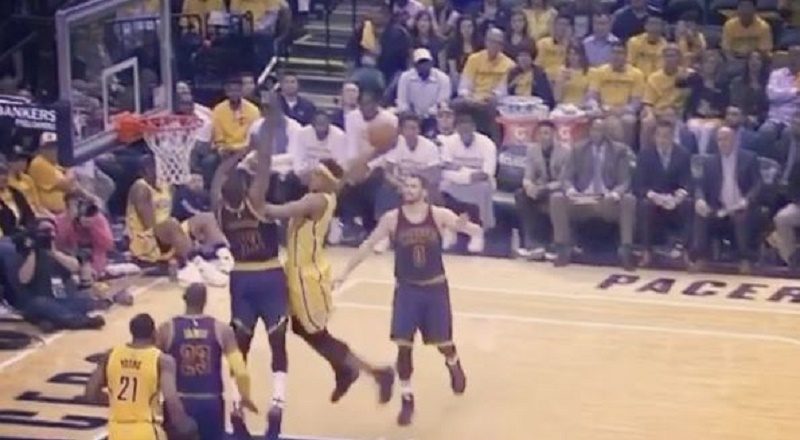 Yo, the 2017 NBA Playoffs are really like NBA 2K right now. The lower seeds are doing the high seeds in. Of course, the Boston Celtics are going through an emotional time with Isaiah Thomas losing his sister so suddenly, but the Bulls are still up 2-0 going back home.

Then, there are the Cleveland Cavaliers, the defending champs. Before the end of the season, they let the Pacers take them to double overtime, before beating them. That game gave Indiana the confidence they needed, as they landed Cleveland in the first round.

In Game 1, the Pacers were one game-winner away from being well on their way to a 2-1 lead right now. But, they are down 0-2 WITH the momentum on their side, so that’s a win. They are balling right now and the Pacers fans are going ham, especially after Myles Turner had this moment, they said the Cavs are getting raped right now.

Read the tweets about the Pacers below: