Home » Hip Hop News » The Rock lets it be known that he would love to be with Megan Thee Stallion, telling an interviewer he would be Megan’s dog, if he could be any celebrity’s pet [VIDEO] 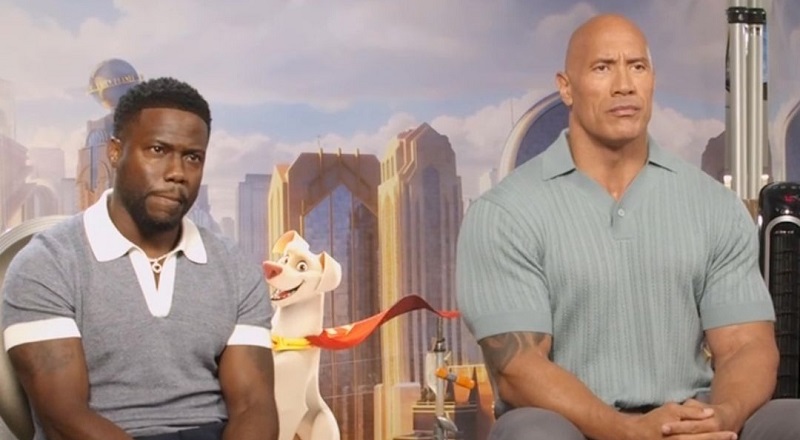 The Rock is one of the most unique entertainers in the industry. Over two decades ago, The Rock rose to fame as the face of the WWF. Actually, during The Rock’s reign, he helped usher in the WWE era. When he sensed that time coming to an end, The Rock began a successful acting career.

The Rock has become one of the highest grossing actors in all of Hollywood. As an actor, The Rock has had a longer career than he did as a wrestler. In addition, The Rock has starred in all kinds of movies. However, out of all of his screen partners, The Rock seems to have the most fun when he’s paired alongside Kevin Hart.

The Rock and Kevin Hart are at it again for their Superpets movie. During their press junkets, an interviewer asked The Rock if he could be a celebrity pet, whose pet would he be. In turn, The Rock told the interviewer he would love to belong to Megan Thee Stallion. With that being said, it looks like The Rock was shooting his shot with Meg.