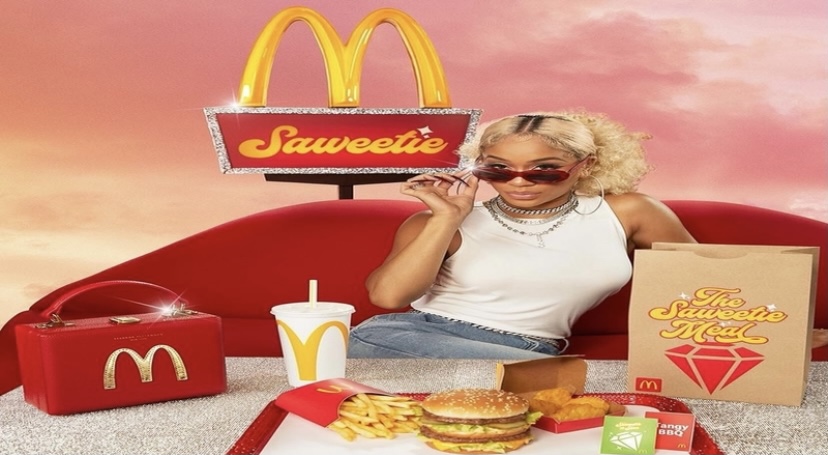 A few weeks ago, it was announced that Saweetie would be having her own meal, at McDonald’s. She joins the latest celebrities to have this huge collaboration over the past year, such as J Balvin, BTS, and Travis Scott. The Travis Scott collab kicked things off in September, as he became the first celebrity to have a McDonald’s collab, since Michael Jordan, in 1992.

Today is officially the launch date of the limited-time Saweetie meal, as both parties are celebrating on social media. This meal contains a Big Mac, 4-piece Chicken McNuggets, medium Fries, a medium Sprite, and Saweetie ‘N Sour and Tangy BBQ Sauces.

Saweetie sharesd photos of herself enjoying her own meal, as well as taking a sip of her Sprite. This comes as the Bay Area rapper released a hot EP in her “Pretty Summer Playlist” EP in April, as well as being featured on Doja Cat’s smash hit single, “Best Friend.” Saweetie’s debut album, “Pretty B*tch Music,” is also expected to drop before the year is out.

Check out Saweetie enjoying her Saweetie Meal below.