Home » Hip Hop News » The Warriors dropped 45 points on Portland in the first quarter and #NBA Twitter spoiled that Game 4 isn’t worth watching, as the Warriors are on their way to a sweep #DubNation 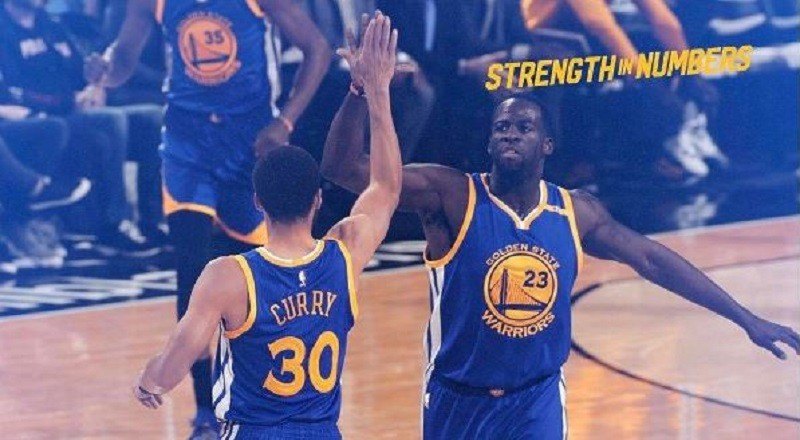 This whole season, the Golden State Warriors have played with a chip on their shoulder. As they should, the Warriors feel like they should be playing for a three-peat, right now. Instead, they are on the wrong side of history, most regular season wins ever, but lost in Finals’ Game 7.

Whatever the case, the Golden State Warriors cleared their path to get back to the Finals. Never count the San Antonio Spurs out, but the Thunder are toast. But, Kevin Durant is a Warrior, now, playing right there with Steph Curry, Klay Thompson, and Draymond Green.

Last year, Steph Curry was injured in the playoffs and the Portland Trail Blazers managed to take a game in their second round series. Coming into this season, Damian Lillard said he wanted to play in the Conference Finals, but ended up getting the eight seed, where he guaranteed an upset in six games. The Warriors dropped 45 in the first quarter and Twitter is saying sweep.

Watch the first quarter highlights below:

Read the tweets about the Warriors below:

More in Hip Hop News
John Wall and Bradley Beal talk Game 4, Hawks building 8 point lead, and Wizards not being rivals with Hawks in post-game interview [VIDEO]
Wait, Kirk compared himself cheating on Rasheeda to Jesus, last night; #LHHATL fans are still trying to figure out if he was really serious???