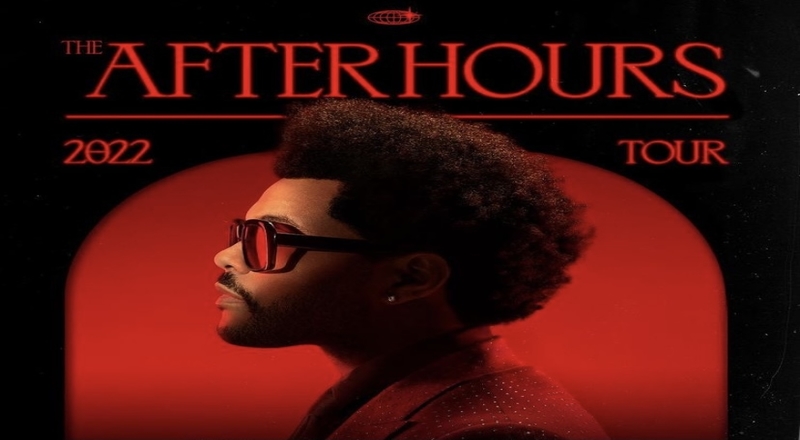 The music industry was decimated last year when it came to live shows with audiences. The COVID-19 pandemic arrived in March and sadly forced the cancellations of many tours, festivals, and concerts in general. Artists rescheduled many of their shows to sometime in 2021 but even now, there are still cancellations/postponements.

The Weeknd was scheduled to finally begin his After Hours Tour this summer after not being allowed to hold it last year. This June, it would’ve kicked off in Vancouver, BC, and ended in Berlin, Germany. Now, he has taken to social media to reveal that he will sadly have to finally start the show in January of 2022.

The After Hours Tour will still begin in Vancouver and this time, will conclude in London. New dates ended up being added, possibly to make up for what has happened to the tour. Tickets will go on sale next week on February 8. Tickets for postponed shows will be honored as well.

The Weeknd has a big week for him currently as on February 7, he will perform at halftime of Super Bowl LV in Tampa on February 7. He has also been partnering with Postmates and Black-owned restaurants in the area to feed local healthcare workers.

The Weeknd’s “After Hours” album was originally released in March of last year. It was led by the No. 1-charting singles, “Blinding Lights” and “Heartless.” The project debuted at No. 1 on the Billboard 200 chart and is at platinum status in the US.

Check out the full list of dates for the After Hours Tour for 2022 below.

Continue Reading
You may also like...
Related Topics:After Hours Tour, featured, the weeknd

More in Hip Hop News
Trey Songz takes over Twitter, as fans react to sextape footage that hit the internet, which many believe is him, and they are trying to figure out who the woman is, as ladies wish a “Good morning to Trey Songz only,” knowing why neighbors know his name
Pooh Shiesty Reveals Tracklist For “Shiesty Season” Mixtape; Features Include Gucci Mane, 21 Savage, and More