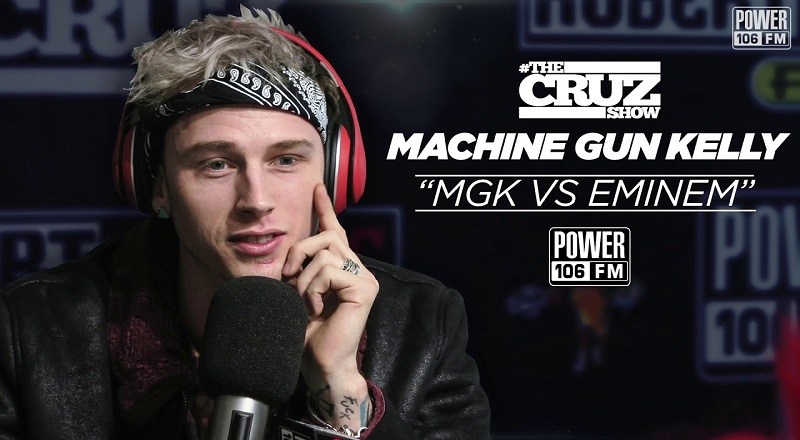 Labor Day weekend saw something major go down. Few people were expecting Eminem to return with new music, but he did, and came back in a big way. With people clowning his last album, Eminem returned with Kamikaze, which included shots at the whole game.

Included on these shots were Machine Gun Kelly, who was one of 2011-2012’s biggest emerging acts. The Cleveland rapper ended up targeting Eminem for previously ignored shots. His “Rap Devil” single definitely got people’s attention.

Recently, Machine Gun Kelly stopped by “The Cruz Show,” at Power 106 in LA. Here, he spoke with J Cruz and his crew about the Eminem beef, and they gave him their two cents. While they gave MGK his props, they told him there’s no way he can handle Eminem, bar for bar.