Home » Hip Hop News » “Throne 2?” Kanye West Proposes A “Watch The Throne” Sequel To Jay-Z On Twitter After He Addressed His Lines On #WhatsFree; Twitter Anticipates The Potential Reunion [PHOTOS] 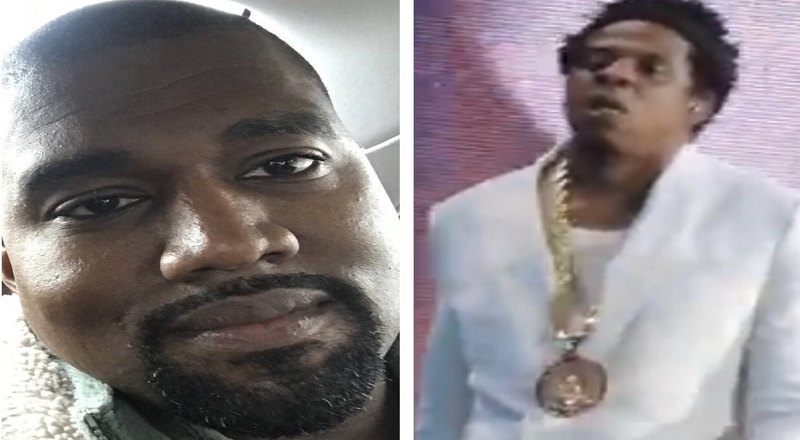 Meek Mill released his “Championships” album last night and the most talked about record was “What’s Free” featuring Jay Z and Rick Ross. Hov had lines on the track that many looked at as a potential diss towards Kanye West, a once close friend who he recently cut ties with. The lyrics went “No red hat, don’t Michael and Prince me and Ye / They separate you when you got Michael and Prince’s DNA / I ain’t one of these house ni**as you bought”. This was likely Hov addressing West wearing the Donald Trump MAGA hat and siding with him.

Hov is now clearing the air about his lyrics on What’s Free. He took to Twitter to say “The line clearly meant don’t pit me against my brothers no matter what our differences are (red hat) now go pick up Meek album. Drake and Meek on there together.” He is officially trying to unite with Ye again despite their differences.

Ye soon responded to the tweet and agreed with Hov. His simple response was “Throne 2” which signals to him proposing a sequel to their 2011 collab album. This project has been teased for the last few years and since the two greats have buried their beef, it looks like it could be a reality.

Check out Jay Z burying his beef with Kanye West on Twitter along with fan reactions below.

Continue Reading
You may also like...
Related Topics:jay-z, kanye west, watch the throne 2

More in Hip Hop News
Joie Chavis shares video of her baby bump with the baby dancing around, in the midst of Future’s other alleged baby mama drama [VIDEO]
Young Dolph talks growing up in Memphis, how the game has changed, and what steps he took as an independent artist while turning down big deals from major record labels on #DrinkChamps [VIDEO]