Home » Hip Hop News » Tia Mowry posts photo of her graying afro, and social media had a huge reaction, leading to her posting a message about aging, and what a blessing that is [PHOTOS] 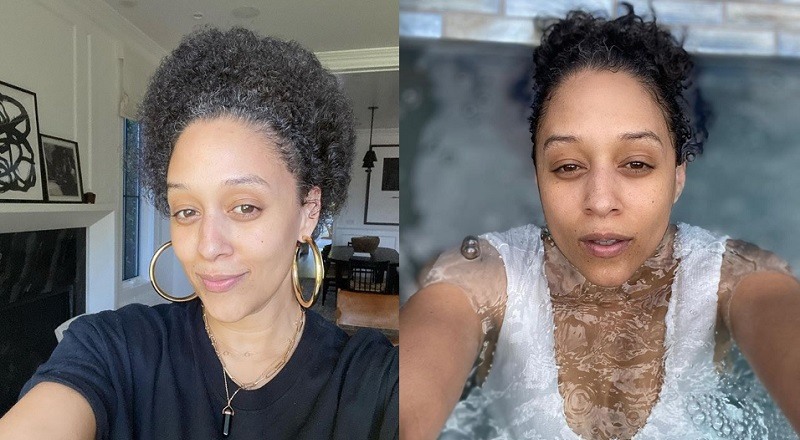 People, it seems as though, will forever associate Tia Mowry, alongside her twin sister, Tamera, with “Sister, Sister.” That show epitomized youth and people have felt the girls would always be girls. Over a decade later, Tia went on to star in “The Game,” her first adult role.

Even when she took on the role of Melanie Barnett, Tia Mowry still played a very young woman, fresh out of college. Since departing that show, in 2012, returning for the 2015 series finale, Tia has stayed out of the spotlight. Meanwhile, her sister, Tamera is on “The Real,” daily.

Tia Mowry, meanwhile, has spent her quarantine posting to social media, like most others. Last week, she posted the left photo of herself, with her naturally graying afro, which shocked social media, for whatever reason. Returning posting the pic on the right, Tia explained that she loves getting older, and embraces it.

More in Hip Hop News
NBA Youngboy Says After ‘38 Baby 2’ Album is Released on Friday, He Won’t Release a Song or Album Until He’s in a “Better Situation”
French Montana Says He’d Outshine Kendrick Lamar at Festivals Because He Thinks He Has More Hits [VIDEO]