Home » Hip Hop News » Tia Mowry EMBARRASSES her son, in dance video, when she begins twerking, and he begs her to stop [VIDEO] 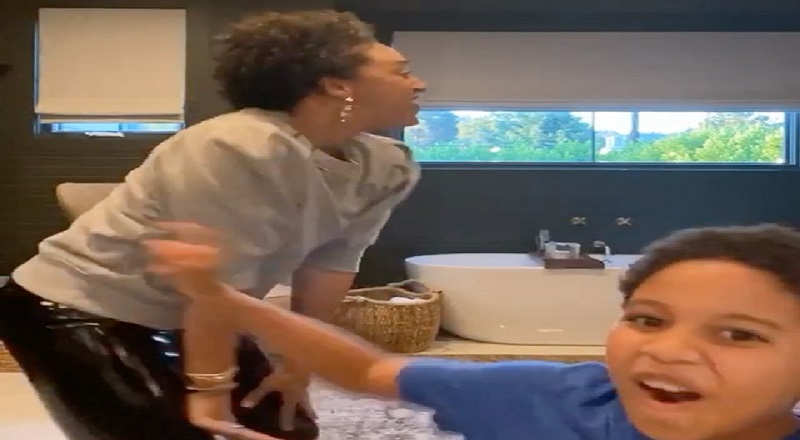 Seeing Tia Mowry all grown up is still a shock for many people, despite her being forty-years-old. The world was introduced to her, twenty-five years ago, when “Sister, Sister” premiered. That show made both her and her twin sister, Tamera, household names.

In the case of Tia, she had success as an adult, starring in “The Game,” from 2006-2013. That role still has people calling her “Med School,” years after the show ended. During that time, Tia Mowry became a wife, and a mother.

Tia Mowry now is the mother of a preteen son, Cree, who looks an awful lot like his uncle, Tahj. Likely going through the awkward phase, this little boy watched his mom make it that much more awkward. While dancing, sharing the video to Instagram, Tia began twerking, instantly embarrassing her son, who begged her to stop.

More in Hip Hop News
Emily B and Fabolous welcome their baby girl, as Emily B gave birth to child number four, third for Fabolous [VIDEO]
Jimmy Butler is already back in the gym, after losing in the #NBAFinals, after his Miami Heat pushed the Lakers to six games [PHOTO]