Home » Hip Hop News » Ticketmaster is down and Harry Styles fans are UPSET over getting the 503 error code, despite being a verified fan, and many say they are done #LoveOnTour2020 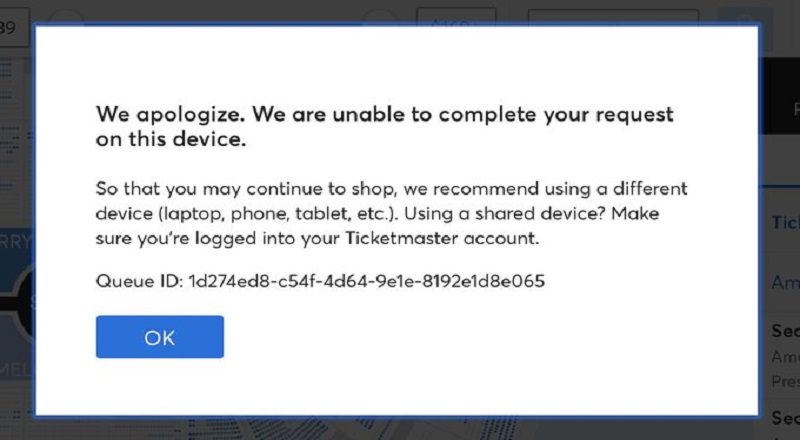 The worst thing that can be done to a person is to deny them the thing they want the most, in the moment. Something that should be simple that ends up being overly complicated. This morning, this is what legions of Harry Styles fans are going through.

Harry Styles recently announced his Love On Tour, and the tickets went on sale via Ticketmaster. Eager fans jumped on the chance to get those tickets, so they went to purchase them. Right there is where things immediately went awry.

Apparently, the amount of people logging on, at the same time, has overloaded Ticketmaster’s servers. The fans are trying to purchase their tickets, but getting error notices. All of this has fans highly upset, taking to Twitter to blast Ticketmaster for going down, when they’re trying to buy tickets.

Read the tweets about Ticketmaster below:

Continue Reading
You may also like...
Related Topics:harry styles, ticketmaster

More in Hip Hop News
Ivany Wright was treated and released from hospital, after shooting, speaking out, saying she fears for her life, knows she does bad things, but didn’t think it was that serious, and that the shooting has changed her outlook on life
Walmart in Duncan, Oklahoma is the latest target of mass shooting, with three people killed #PrayForDuncan [DEVELOPING STORY]