Home » Hip Hop News » TikToker almost gets beaten up in the mall when he grabs a man’s girlfriend, as a prank 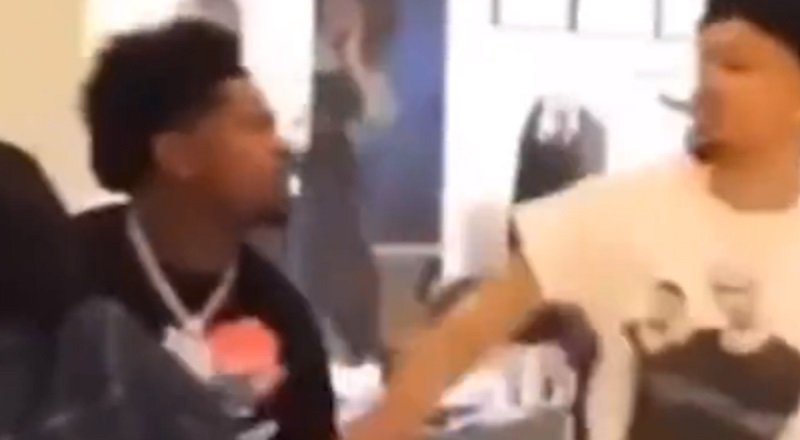 TikToker almost gets beaten up for grabbing woman in prank

Internet fads have been going on since the days of dialup. Just like the Instagram challenges from a few years ago, TikTok pranks have taken over, in recent years. Increasingly, these TikTok challenges are becoming dangerous, even life threatening. In the latest challenge, this young man was not doing car pranks, but he could have gotten hurt. He was in the mall, going up the escalator, when he grabbed a woman who was going down. When her boyfriend got involved, things got intense.

TikTok has changed the way every other social media platform operates. YouTube, Facebook, Twitter, and Instagram have all added reels to their platforms. They have done this, as TikTok has made a name for themselves by allowing people to create short videos. As a result, people have taken it upon themselves to travel and interview random people about random topics. Some have taken it a step further, doing social experiments to see how people will react.

Apparently, this young man was going for the reaction from a boyfriend type thing. A stunt that was solely for views got this guy more than he bargained for. When he was in the mall, he was going up the escalator, when he saw an attractive woman. As a result, he grabbed this woman’s arm, despite being a total stranger. Not only did the woman recoil, after he touched her, but also the woman’s boyfriend got involved. He pulled the guy off the escalator and into the corner to check him.

TikToker almost gets beaten up for grabbing woman in prank