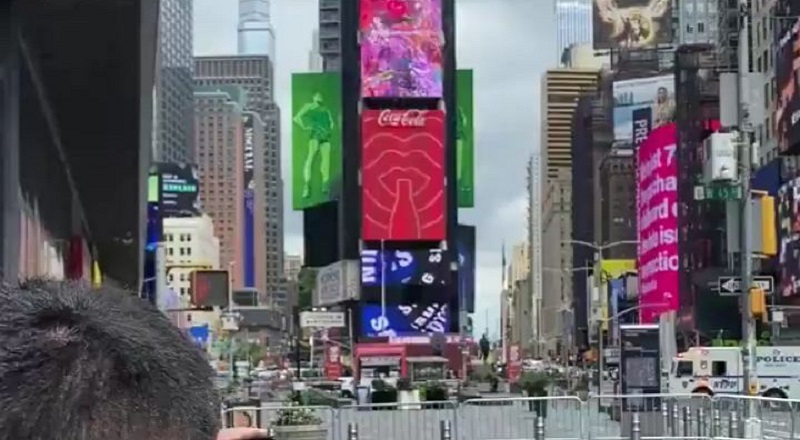 Midtown Manhattan has emptied out, at Times Square, as a suspicious device was found. Twenty years ago, New York City was the literal ground zero, of a terrorist attack. Back then, the terrorist group, led by Osama Bin Laden ran airplanes into the World Trade Center’s Twin Towers.

America rallied together, following the attacks. The City of New York rebuilt the World Trade Center, with a beautiful building, along with a heartfelt memorial. Times Square, meanwhile, went through a reinvention, as New York City continued to grow, throughout the 2000s.

Much has changed, in Times Square, and New York City, over the past couple of years, alone. Recently, the news broke about Afghanistan, with the president pulling the troops out, and the Taliban immediately taking back over. Now, there are reports of suspicious devices found both there, and on Capitol Hill.

More in Hip Hop News
Lil Baby Says That New Music is on The Way
Carmelo Anthony talks relationships with Kobe and LeBron, time in Denver, New York, and Portland, 2003 draft, Olympics, and yearlong hiatus from NBA on “All The Smoke” [VIDEO]