Home » Hip Hop News » Tiny shares photo of T.I. with Pooh, the owner of The Glam University’s, kids, also sharing videos of him and Jeezy hanging out with her, questioning when he became the bad guy who pulled a gun on her [PHOTOS/VIDEOS] 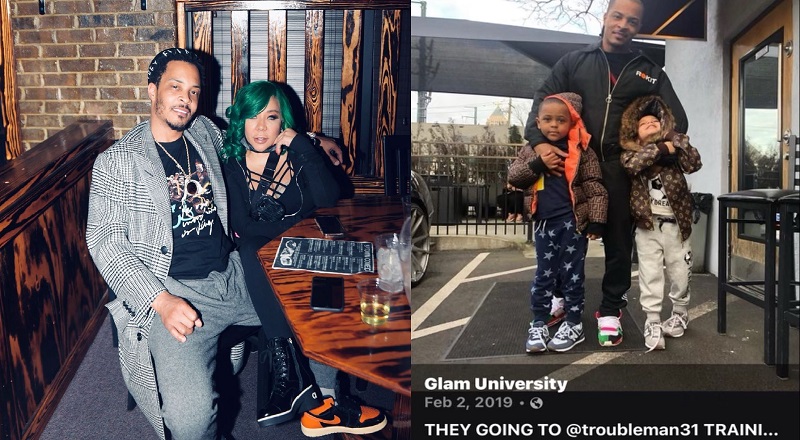 Being a person of means, while being a celebrity, and a human is always tough. Having means often means people are out to get something. Adding celebrity into the mix only makes it that much more true.

T.I., this morning, was accused of pulling a gun on Pooh, the owner of The Glam University. Not only did she accuse him of threatening her, she also alerted Atlanta’s mayor. Her plea was for Mayor Bottoms to find someone else.

Tiny has now come to the defense of her husband, calling out Pooh, the owner of The Glam University. She shared a pic of T.I. with Pooh’s sons, bringing up Pooh calling T.I. “uncle,” along with a video of Pooh hanging out with T.I. and Jeezy. Upon sharing this, Tiny questioned when her husband became a bad guy, who would pull a gun on her.

More in Hip Hop News
Tory Lanez States That He Has Evidence Proving His Innocence in Megan Thee Stallion Shooting Case and Requests That Protective Order Against Him Be Modified After Megan Spoke on Rumors That Charges Against Him Were Dropped Last Week
EST Gee, popular Louisville rapper, was signed by Yo Gotti to his CMG label, and Gotti presents him with $750,000 in cash [VIDEO]