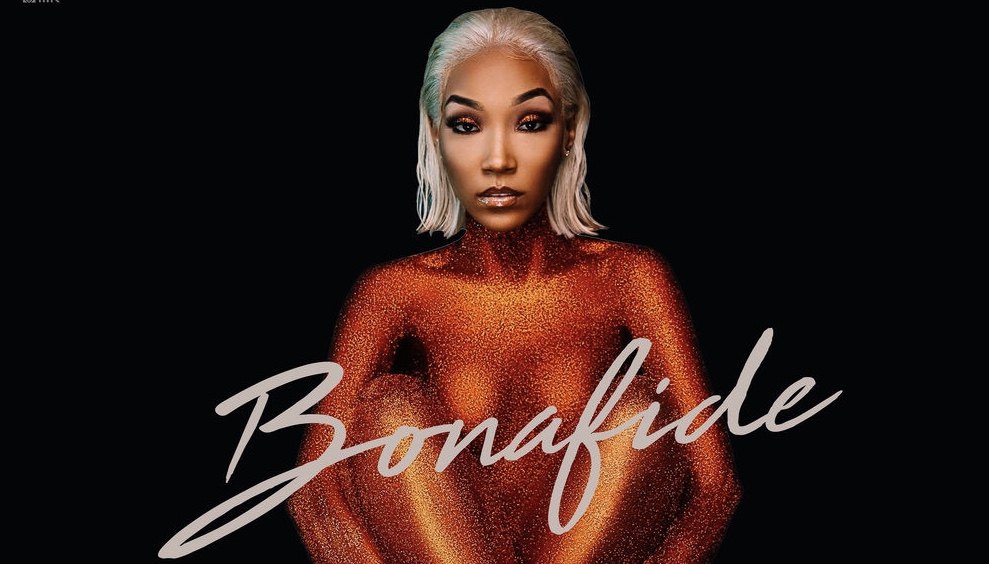 Hustle Gang signee and Jacksonville rapper Tokyo Jetz has released her new project ‘Bonafide‘ which is a follow up to her 2017 major label debut ‘Viral’ mixtape. She had previously put out her ‘90s Baby’ EP in August in preparation for Bonafide.

Bonafide contains 11 tracks with appearances by T.I., Trey Songz, Kash Doll, Trina, London Jae, and EarthTone Lyrix. Tokyo started 2017 off by enlisting ‘No Problem‘ and ‘The One‘ as the first two singles. This weekend, she also dropped ‘Baller Alert’ featuring Kash Doll as one final sneak peak of what’s to come on Bonafide.

While preparing for Bonafide in 2018, Tokyo also had social media buzzing for her freestyle videos that she’d put out to instrumentals from different hit singles. People immediately took notice of her raw flow and bars and that translated to the first track of Bonafide where it was a freestyle. She comes out the gate demanding her respect in the music game on lines such as “Salute me when I’m winnin’. Don’t come with no gimmicks.”

Ballin served as the official complete first track of Bonafide and ballin is exactly how Tokyo came with it on this record. She compares her desire for success being like Tom Cruise on a mission in Mission Impossible, being poppin’ like trends such as Biggie in iconic Coogi fits and being one of the best female rappers out such as Trina.

On ‘A Minute,’ Tokyo details her comeup from Jacksonville and pens a letter to her city about her road to success and how she was able to make it out. She notes how on the way up, people hated when she shined and showed fake love when she was progressing and on the way up. Overall, A Minute definitely served as that “keep grindin'” record and shows not to slow down no matter who tries to stand in the way.

Tokyo brought on T.I. and Trey Songz for ‘1000‘ and can definitely serve as the record from Bonafide that climbs up the charts. The track had Trey Songz and Tip on the hook keepin’ it 1000 and the King of the South keeps things goin’ on the opening verse where he details an ideal situation with a woman where there’s interest from him but they’re no more than friends after everything goes down. Tokyo closes the record out with her noting she’s not falling for the games despite the dreams being sold.

No Problem was the second single released for Bonafide later on in the year and it feels like the ideal record for women who flat out don’t wanna deal with some of the package deals that a lot of men come with. Among the problems are men having kids and dealing with other woman in the picture. The record picked up steam as Tokyo added Florida legend Trina to the remix which also appeared on Bonafide.

The One could take the title for the hardest track on Bonafide. It served as the first single for the project and the cover art featured three goats and that was fitting considering that Tokyo also has the nickname “Baby Goat” in reference to her being one of the best artists out today. Producer Prezzley P came through with the instrumental and Tokyo proclaims herself as the one to watch out for and bodying the competition in lines such as “B*tch I’m the boss, lil b*tch I’m up.Cut my n*gga off and I don’t give a f*ck. Get you a job, you broke and you trippin’ .You just a groupie with a lot of pictures.” The delivery was on point on The One and continues to stamp Tokyo as one of the most underrated female rappers who can hang with the best of them.

Mi Minyano served as another solid motivational record by Tokyo. She detailed not having much on the way up but the struggles kept her motivated. She did a great job of telling her story on the Viral project, 90s baby EP, and now it translated to Bonafide.

Mo Money is my favorite record off of Bonafide. Fellow Hustle Gang artist London Jae hopped on the hook and Tokyo continued to deliver her testimony about the grind on lines such as “I never thought I’d be in my position. I was praying for this day and God was my only witness.” She knows that she experienced some downs such as not continuing with school but still made it out of her circumstances.

Baller Allert pushed the momentum for Bonafide’s release as Tokyo teamed up with Kash Doll on the track in finding someone with a bag and the Detroit rapper soon delivered the assist on the feature by letting it known that once a man deals with her, they won’t get enough of her. Expect a visual to be put out from two of the hottest female rappers out for this record soon.

When the tracklist for Bonafide was originally released, I wasn’t too familiar with EarthTone Lyrix on the track ‘U Ain’t S*it’ but the vocals provided by her to Tokyo’s record here was fitting. It’s another track that alot of women can relate to from a fed up girlfriend standpoint. EarthTone Lyrix details burning all of a man’s belongings and how they weren’t right as a person at all. Tokyo also adds how she’s a boss now and learned her lessons despite dealing with lames in the past.

Tokyo Jetz continued to show growth on Bonafide after a strong 2017 where she captured the attention of T.I. and brought her on to a label that can take her talents to the next level. The release of 90s Baby and Bonafide in 2018 impressed me just like Viral did and I think she’s one of the most underrated artists to join the Hustle Gang label along with one of the best female rappers out today who deserves more recognition.

More in Articles
Cedric The Entertainer talks Kings of Comedy history, new show “The Neighborhood,” and more on #TheBreakfastClub [VIDEO]
Cardi B turns herself in to the authorities, over strip club fight, and will not face jail time, but will face two misdemeanors, reckless endangerment and disorderly conduct