Home » Hip Hop News » Tokyo Toni blasts Blac Chyna for not promoting her show, saying she raised her, but doesn’t know who she is anymore, calling her despicable #TokyoToniFindingLoveASAP 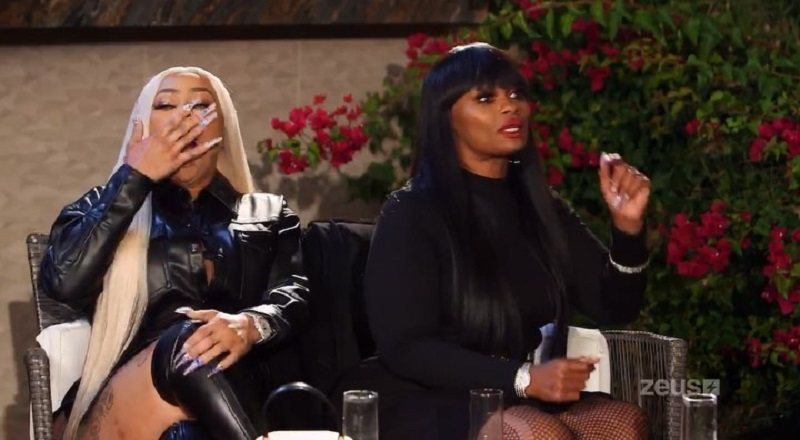 It’s no secret that Tokyo Toni has had her fair share of differences with her daughter, Blac Chyna. However, when Chyna launched her reality show deal with the Zeus Network, she involved her mom. The two made amends on “The Real Blac Chyna,” her show.

However, the tensions between mother and daughter continue to persist. One would think that, with Tokyo Toni having her own show on the Zeus network, that all would be well. Unfortunately, that is not the case, despite the major premiere, last night.

Tokyo Toni is now putting Blac Chyna on blast for not properly promoting her show. She went on a long-winded Instagram rant, even going in on the comments, about Chyna. Mama Tok said she raised her daughter, but she doesn’t even know her, also calling her “despicable.”

See Tokyo Toni’s IG post and the tweets below:

More in Hip Hop News
Jacquees Gives 17-Year-Old Fan from Make-A-Wish Foundation With a Severe Nervous Disorder Lifetime Passes to All of His Concerts
Supa Cent was betrayed by her own publicist, @thenaeway, who lied on her on Facebook, saying she and Lou were back together, which Supa denied, blasting her, and the woman apologized, admitting she got caught up [PHOTOS]