Home » Hip Hop News » Tokyo Toni is hilarious in her new show, as Twitter says it’s a hot mess, in the best way, having them weak, and fans want to know how to get Zeus #TokyoToniFindingLoveASAP 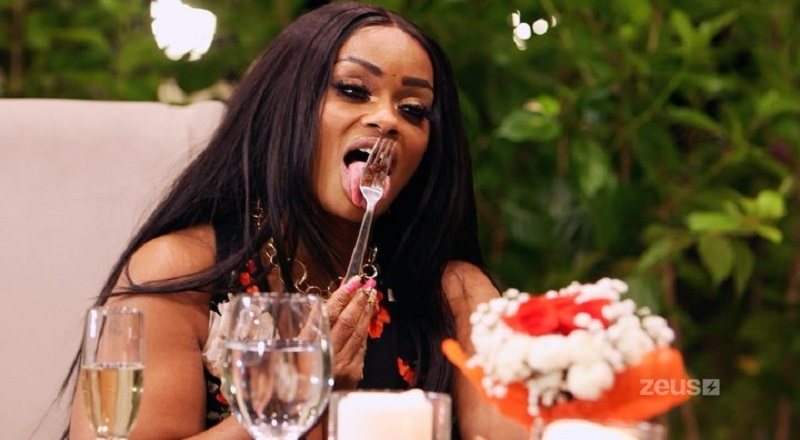 In 2013, Blac Chyna began making a name for herself, outside of being the then-girlfriend of Tyga. At the time, she had a sextape leak, and she was on “Keeping Up With The Kardashians,” as Kim’s bestie. The world was shocked, when she and Tyga split, and he got with Kylie Jenner.

Not to be outdone, Blac Chyna began dating Rob Kardashian, and that’s when Tokyo Toni grabbed the spotlight. She spilled all the tea, revealing a reality TV deal. Initially written off, Tokyo Toni was speaking the truth.

Those who have followed Tokyo Toni know she was built for reality TV, and she has been on both of Chyna’s shows. But, the Zeus Network recognized what E! didn’t, and gave her a show. One episode in, the fans on Twitter are here for it, and people want to know how to get Zeus, so they can tune in.

Read the tweets about Tokyo Toni’s new show below:

More in Hip Hop News
Cynthia gets dragged by Twitter, who accuses her of being a terrible friend to Kenya, over the years, especially with this Eva flip flop; #RHOA love that Cynthia can’t park and Kenya can’t close her Tesla doors
Drake got booed off stage at Camp Flog Gnaw, last night, because fans wanted Frank Ocean as the surprise guest; Twitter is disgusted, asking how one boo’s Drake [VIDEO]