Home » Hip Hop News » Tom Brady Jokes About Being “Left Out” of Drake’s “Certified Lover Boy;” Posts Billboard in Tampa That Says He’s Not on The Album 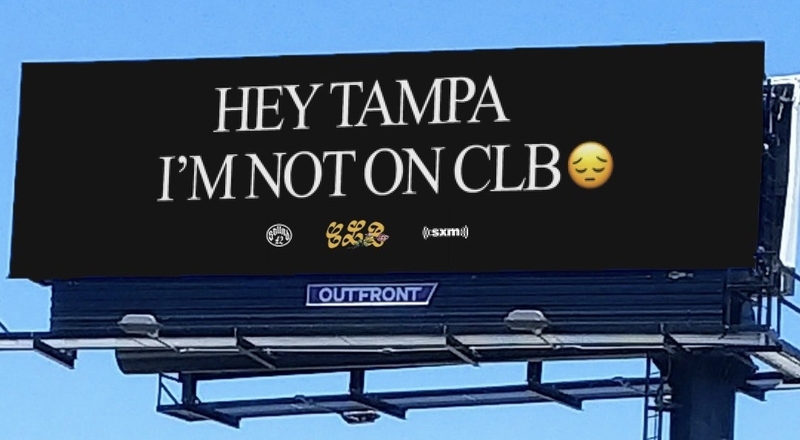 Drake has taken the industry by storm over the last few days, due to the release of his sixth studio album, “Certified Lover Boy.” This is about to be his sixth consecutive number one album as well, as CLB is projected to sell between 575,000-625,000 units in its first week.

CLB provided fans with plenty of new material, as it contains 21 tracks in total. It also contained huge collabs with Lil Baby, Jay Z, Future, Lil Wayne, Kid Cudi, Rick Ross, and more. Now, one celebrity is jokingly coming out about not being on the album.

This is Tampa Bay Buccaneers QB and future NFL Hall of Famer, Tom Brady. On Saturday, he took to his Twitter feed, to show off a billboard he put up in Tampa. There, it read “Hey Tampa, I’m not on CLB.”

Brady definitely keeps up with pop culture, as he’s posted several music-related tweets before as well. As for himself and his Bucs, they won the Super Bowl last season in their city, and are heavy favorites, to get back to the big game.

Check out Tom Brady’s CLB billboard in Tampa below.

Feel kind of left out to be honest 😂 Congrats bro! @Drake 🐐 pic.twitter.com/yBiotfoSib

More in Hip Hop News
Andre 3000 speaks on Kanye West’s “Life of the Party,” saying his verse was recorded before the Drake diss, and in honor of his mother, who died in 2013, as he calls for peace
Skip Bayless Spends College Football Saturday, By Watching Games With Lil Wayne, and Receives New Pair of New Balance and Air Jordan Sneakers From Wayne