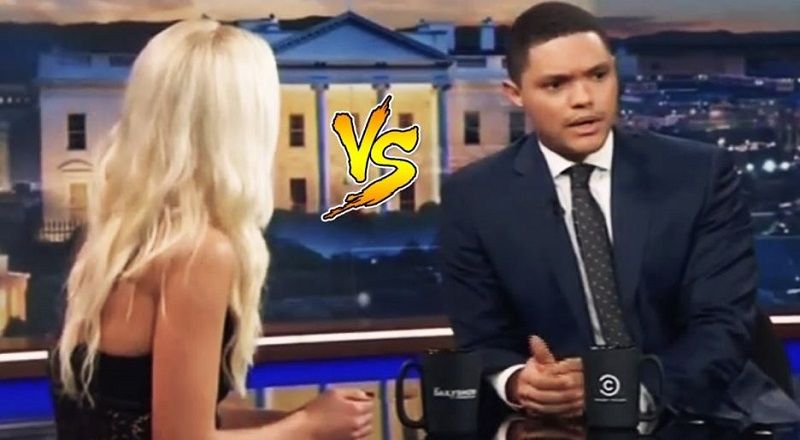 It’s no secret that there are plenty of thing wrong, here in America, and there is no reason to sugar coat it. The Black Lives Matter movement became prominent, only after many young black people were killed by the police. After the officer who killed Keith Scott got off, it got worse.

For the record, Keith Scott, the Charlotte victim, was shot and killed by a black police officer. But, the principle remains that there is a problem and people are genuinely scared out here. Comments made by the president-elect during his campaign trail certainly don’t help matters.

Trevor Noah had Tomi Lahren on “The Daily Show,” last night, on Comedy Central. Their conversation quickly became a heated debate, as each side tried to explain their stance, Tomi would quickly establish her conservative beliefs in the interview. After her latest round of insensitive comments, the social media sphere flipped out on her again.

Read the tweets about Tomi Lahren below: