Home » Hip Hop News » Tommie and Akbar V get into a fight, while filming “The Conversation” #LHHATL [VIDEO] 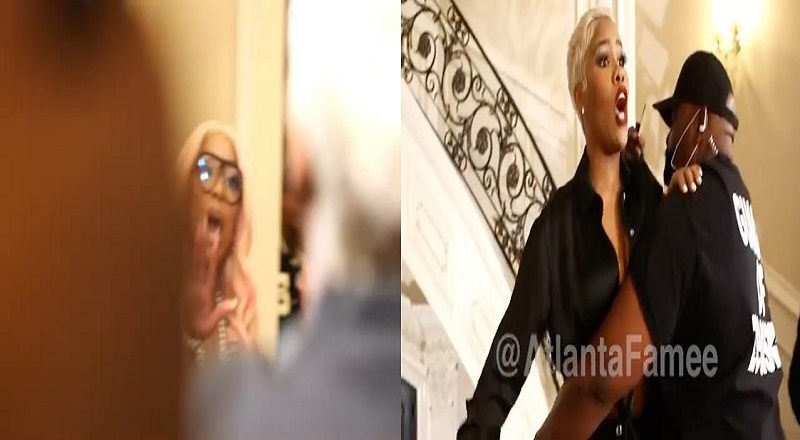 Long before “Love & Hip Hop Atlanta,” Tommie and Akbar V had beef. When Akbar finally joined the show, their beef took center stage. However, this didn’t define the show, as Tommie would soon leave, and Akbar took on a bigger role.

During the pandemic, Akbar V announced she left the show to focus on her music. On the show, Akbar revealed Kandi Burruss was her cousin. Actually, Kandi appeared in one episode, getting her a place to stay, and giving advice.

Recently, Tommie and Akbar V agreed to sit down for Zeus’ series, “The Conversation.” Here, reality TV foes sit down and discuss their issues. With these ex-“Love & Hip Hop Atlanta” stars, there was nothing to talk about, as they immediately began fighting.

More in Hip Hop News
T.I. Defends Boosie, After His Instagram Account Was Deleted Again – “Can’t They See The Culture Has Spoken and Has Appointed Him as Our Official Representative of Cultural Authenticity???”
Meek Mill Reveals Tracklist For Upcoming “Expensive Pain” Album; Features Include Moneybagg Yo, Young Thug, Kehlani, Lil Baby, Lil Durk, and More