Home » Hip Hop News » Tommie allegedly got into an intense argument with Karen King aka KK, where she was found with a loaded gun in her possession + KK’s team reportedly had to draw guns on Tommie to get her to leave #LHHATL 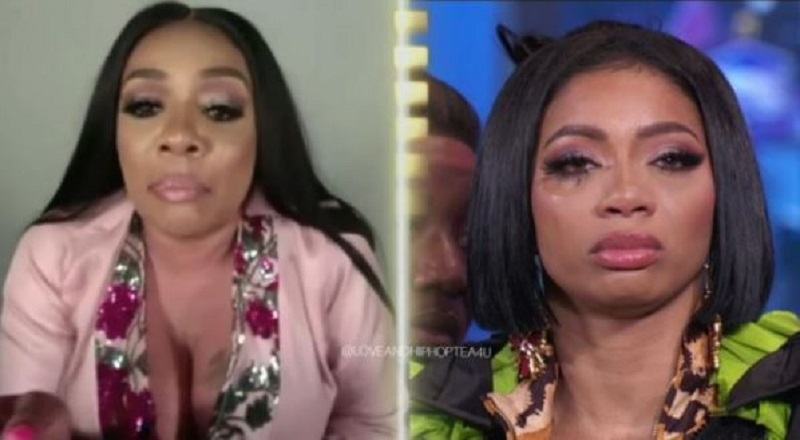 This is hard to watch, for those who remember Tommie and KK, before their falling out. In fact, KK was so high on Tommie that she hooked her up with her son, Scrapp. The two made for a happy couple, until he became involved with Karlie Redd.

However, over the course of last season, Tommie and KK went from being best friends, to bitter enemies. The two were so close, at one point, that many said KK was more of a mom to Tommie than her own mother. But, all of that is a thing of the past, now.

It has gone from just insults and curse words being exchanged to actual violence, according to rumors. Allegedly, Tommie and KK got into a confrontation while filming “Love & Hip Hop Atlanta” season seven. The reports claim guns were drawn on Tommie, after KK’s crew realized Tommie had a loaded gun on her.