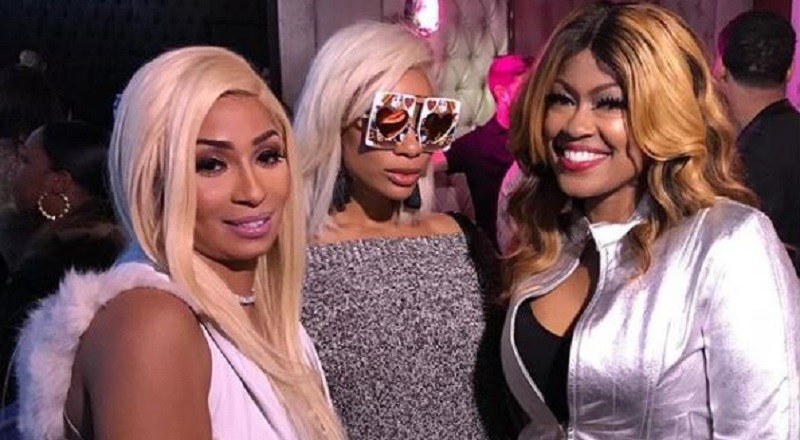 Historically, there is no love lost between Tommie and Karlie Redd. In the early episodes of “Love & Hip Hop Atlanta,” season five, the ladies were friends-ish, but they had tension. Later, Karlie befriended Tiarra, who was Tommie’s boyfriend, Scrapp’s, ex.

Soon, Karlie and Tommie became full-blown rivals, as Karlie began messing with Scrapp. The two had an epic fight that will not be forgotten. Courtesy of their beef, Karlie also has Lovely Mimi as a rival, plus Tommie and Karlie got into it at the season six reunion.

Karlie Redd and Tommie have gone through it, over the years, with Joc even being brought into their drama. During the “Love & Hip Hop Miami” premiere event, however, the two looked like they were on good terms. Both were in the same shot, with Supa Cindy, in a post that Supa Cindy shared on her Instagram.

Overall, this is a good look for women, showing unity!

More in Hip Hop News
#FreeAkademiks is now trending on Twitter, as his girlfriend promises to “hold him down” and posts hashtag; Previously, he went on his girlfriend’s IG Live to say he was facing 5-10 years behind bars
HHV Exclusive: Ebony Power 100 Red Carpet Interviews